This post is a follow-up to the ever-popular Lazy Sourdough: First Attempt.

In the spirit of if at first you don’t succeed, try, try again, I’ve decided to immediately try baking another round of the same recipe. This time around, I’m changing a few variables:

I got the starter going in the same way as the first time: a day of periodic feeding with flour and water before I used it to make the dough in the evening. 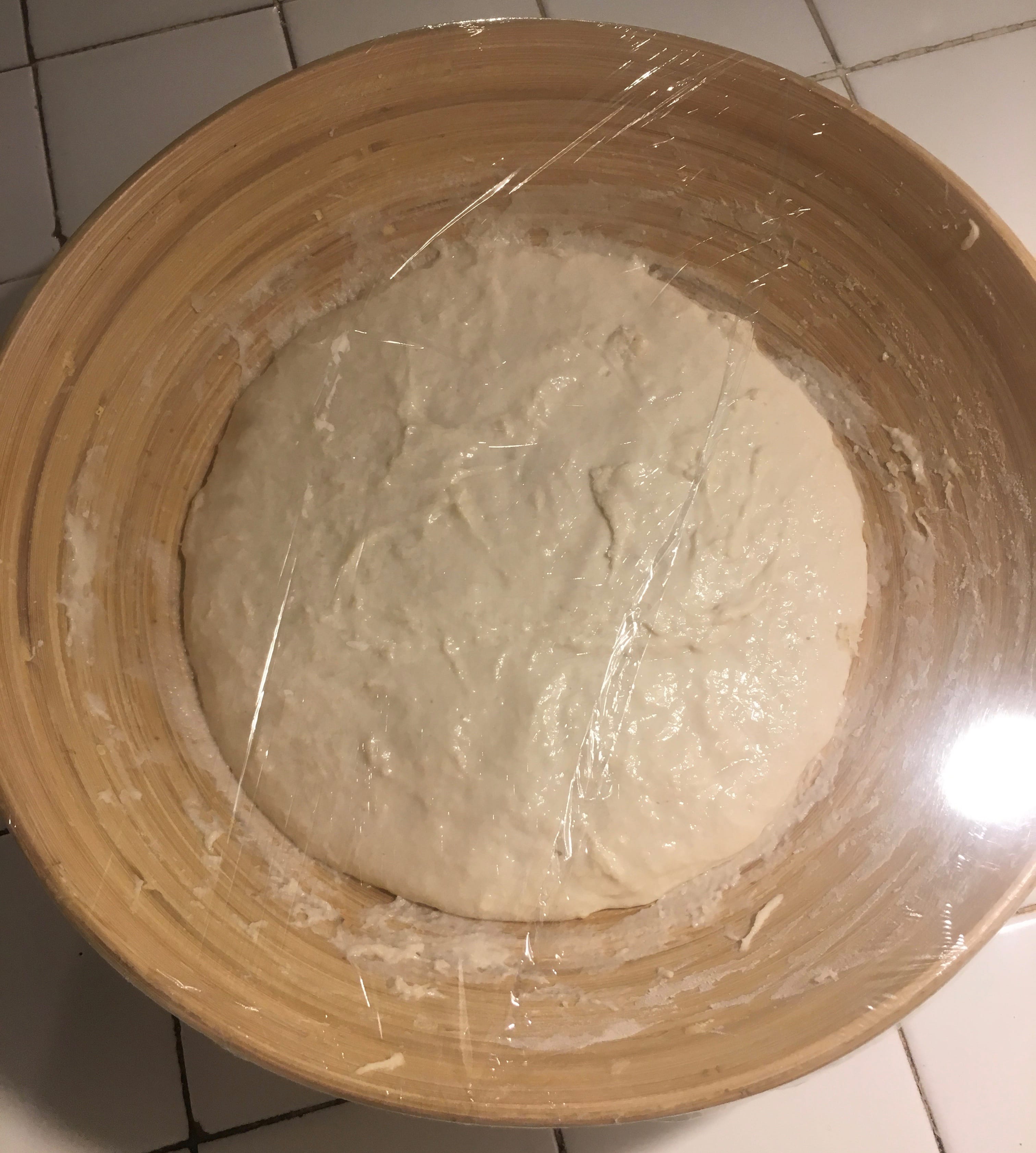 The new dough, a few minutes after mixing up. I used a little more flour than last time so that it can hold its shape a bit better (though it’s still quite wet). I would estimate that I used 1/4 cup more of flour than the recipe called for; this seemed to help the rise, but I later found out that the flour type may be more of a factor. 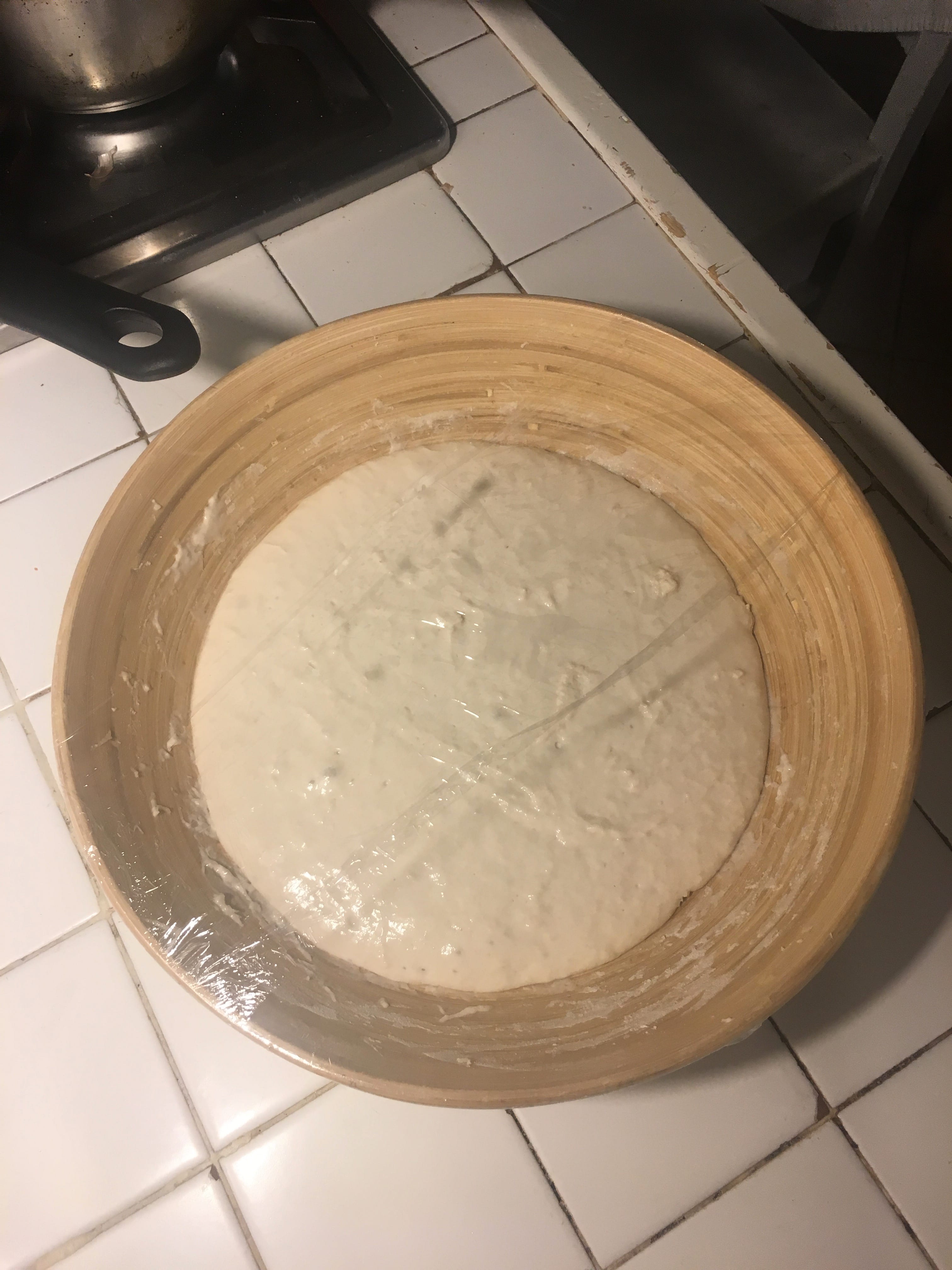 A few hours after mixing the dough.

After pre-heating the oven, I dumped a lot of flour on my workspace and used my fancy new silicone spatula to splap the dough out of the bowl and onto the table. After flouring my hands, I tucked over each of the four sides, then, since it was still sort of falling apart, I did that again. I’m not sure how doing it multiple times affects the rise. I flipped over the dough again and placed it on the plastic wrap for a little more proofing while the oven finished heating.

I’ve been informed that the additional folding/handling of the dough may have negatively affected its rising by popping some of the bubbles. Next time, I’ll make the dough even less wet and attempt to handle it less. 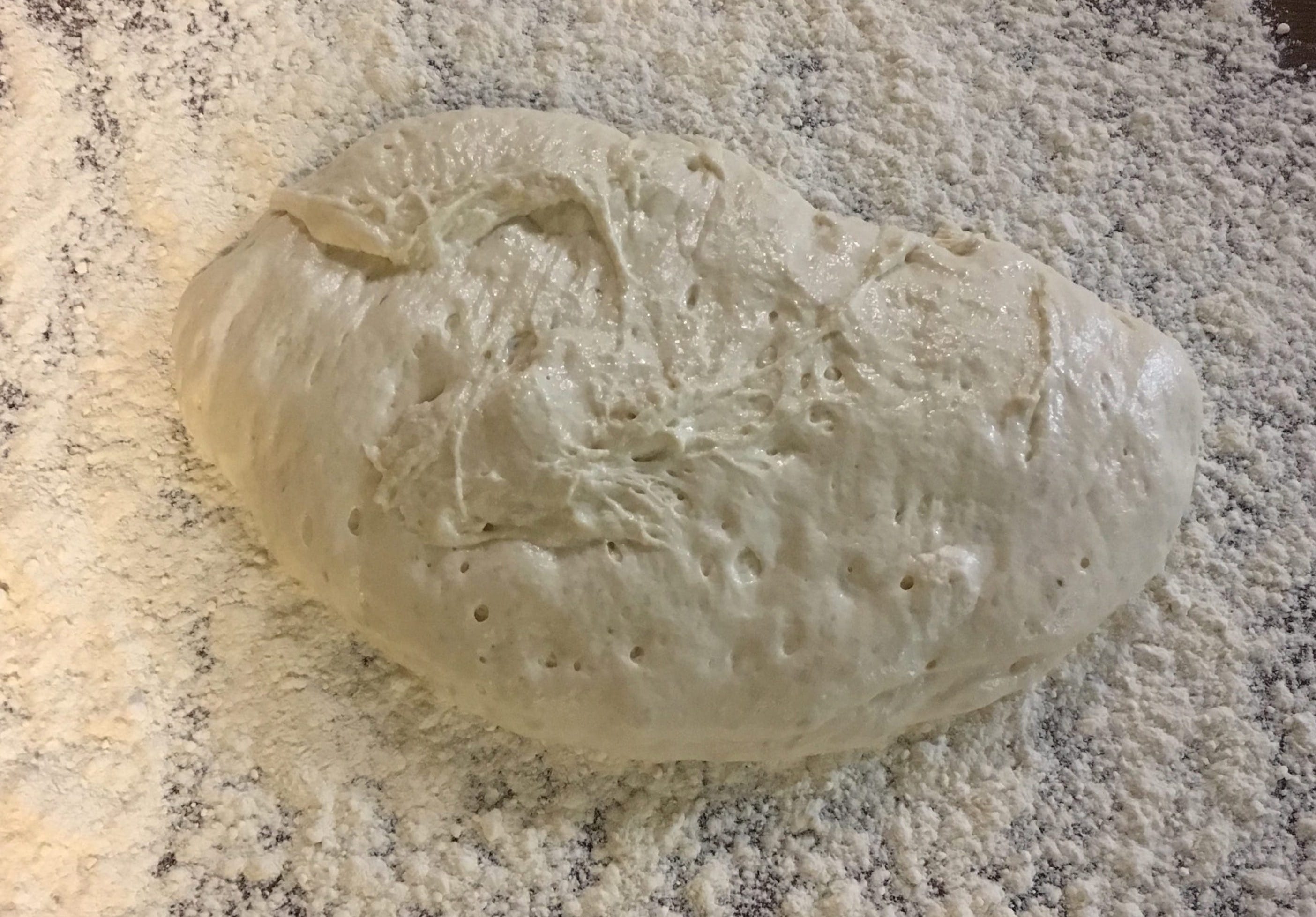 The dough on the floured table after folding over. It’s difficult to tell from this photo, but this dough has a lot fewer holes than the dough from yesterday, and holds together a bit better. 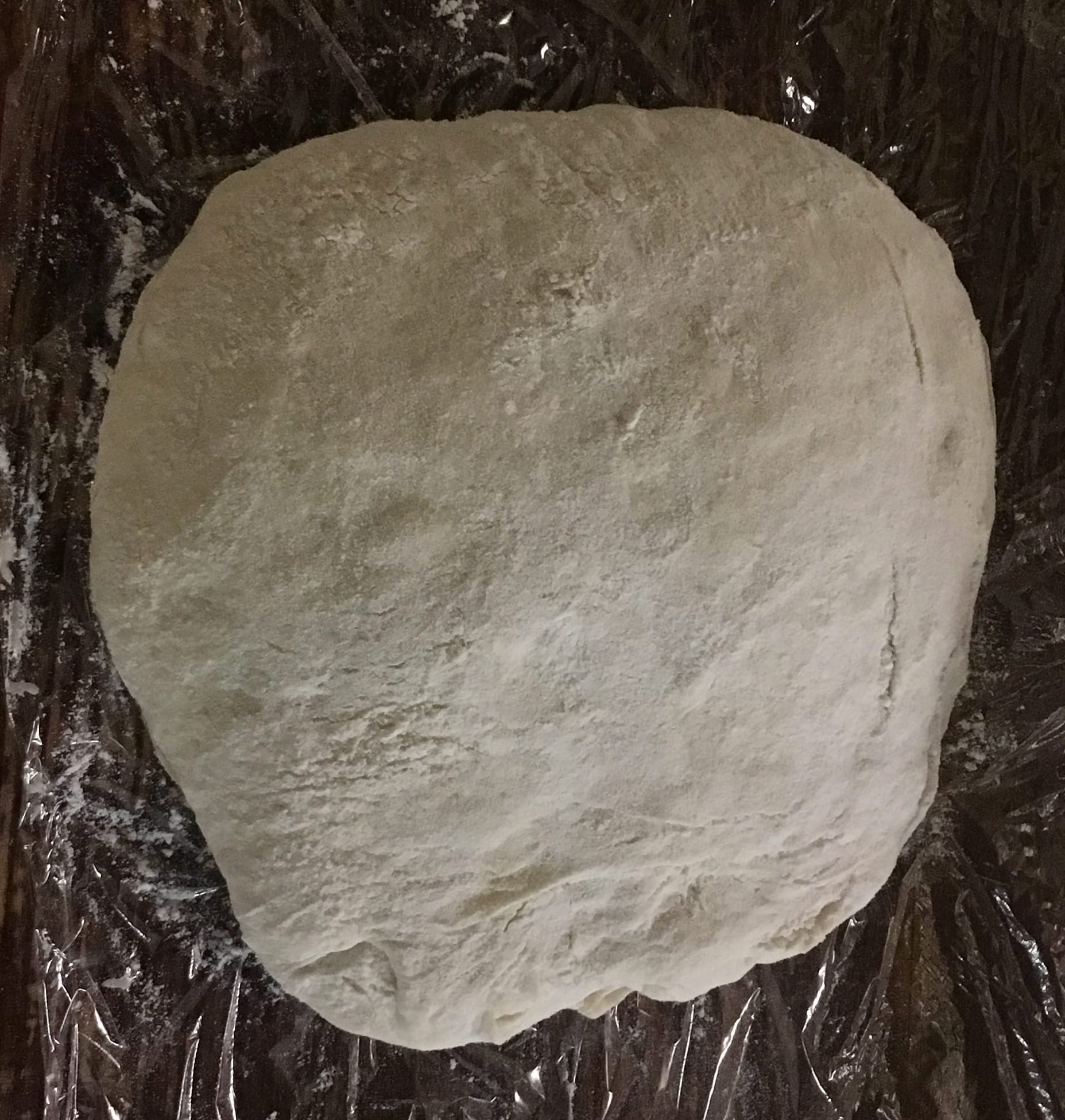 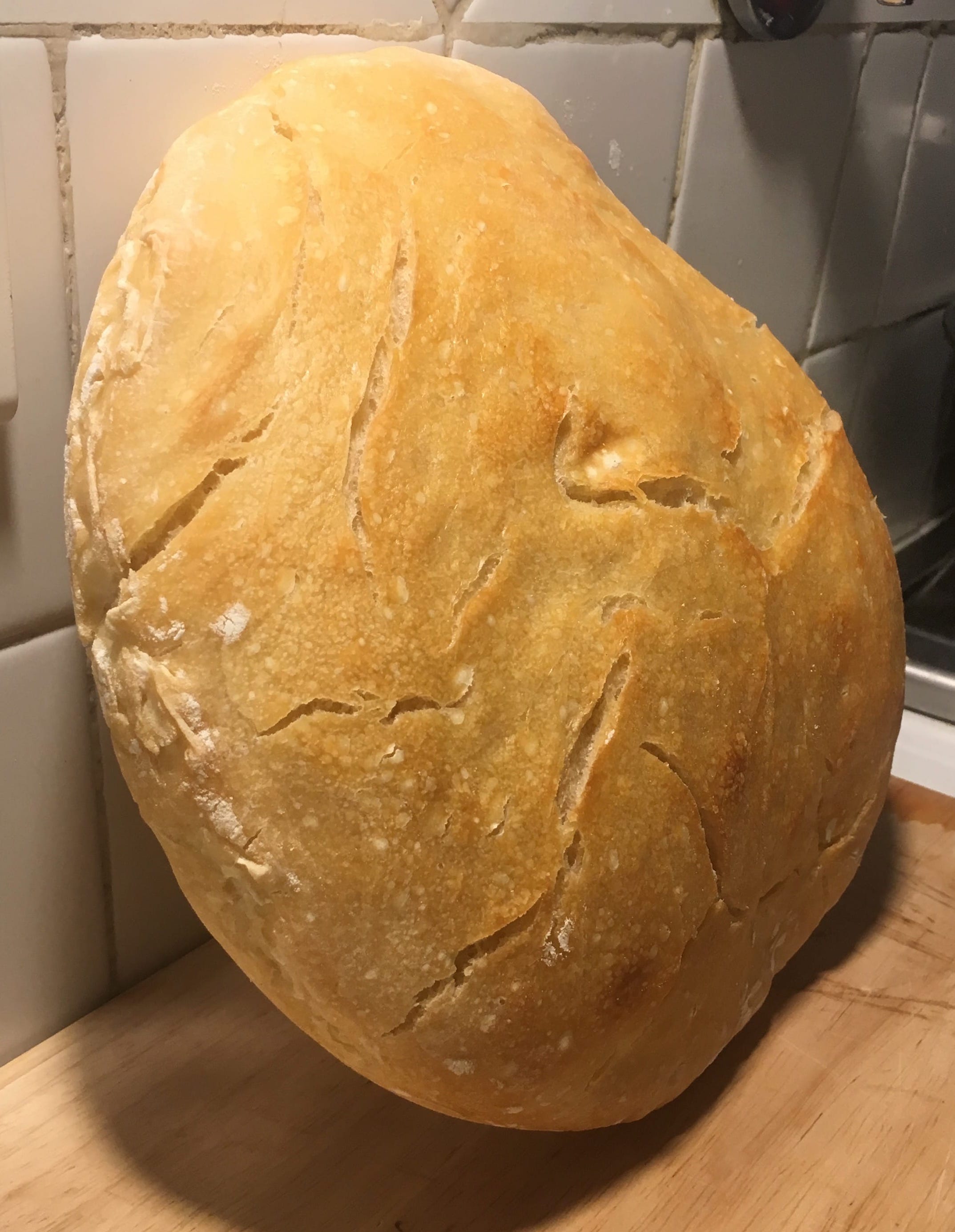 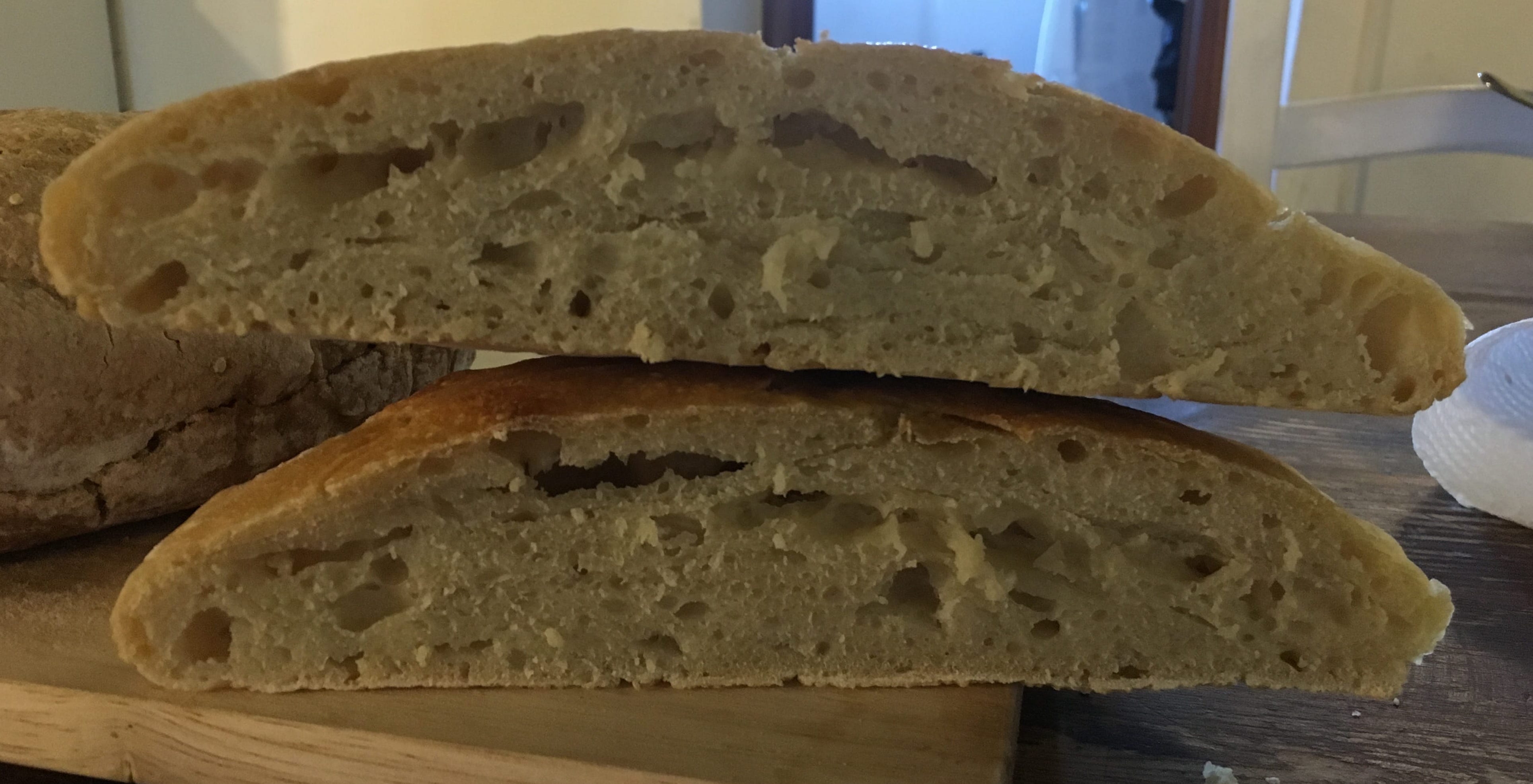 It’s definitely better than the first attempt, but still doesn’t have as much rise as I’d like. I think adding more flour helped but the dough was still too wet.