Today’s bread uses the same One-Day Sourdough recipe (linked above) as the bread from two days ago. There are a few small differences between this and the previous attempt. I used a little bit less salt, and added a spoonful of “Creamy Flower-Honey” (a German honey; actually called “Cremig Blüten-Honig”) which I think means there is air whipped into it.

I also used a slightly different method of folding the dough during the first rise; instead of lifting the whole thing out of the pot and letting gravity do the work of stretching it, I just grabbed an edge, gently pulled it up, and then folded it atop the rest of the dough (and repeated a few times). I don’t think this makes a significant difference in how the dough rises, but it’s a bit easier to do.

And, I let the bread proof 30 minutes longer, so about 2.5 hours instead of 2. I wanted to see if the longer proof would cause it to rise more, but I don’t think it made much of a difference. I was worried about over-proofing, so I didn’t let it go any longer than that. After 2.5 hours, the finger-dent test was promising, and the dough was very soft and airy.

Finally, I baked the bread for about 5 minutes longer during the lid-off stage, in an effort to build up more of a crust. However, the top began to brown more quickly than I had expected, so I got scared and turned down the heat a little bit, which I think hampered the crust formation.

Surprisingly, the bread has a slightly sweet, and much less sour, taste. It seems that the honey had a stronger effect than I had thought it would. I reasoned that the yeast would probably eat most of the honey before the bread was baked, but since I only fermented the bread for a few hours, maybe that was not the case. It tastes good, though! And it has a good rise. Letting the dough relax between mixing and kneading appears to have a significant effect on the gluten’s ability to hold gas.

OK, with that out of the way, here are some photos! 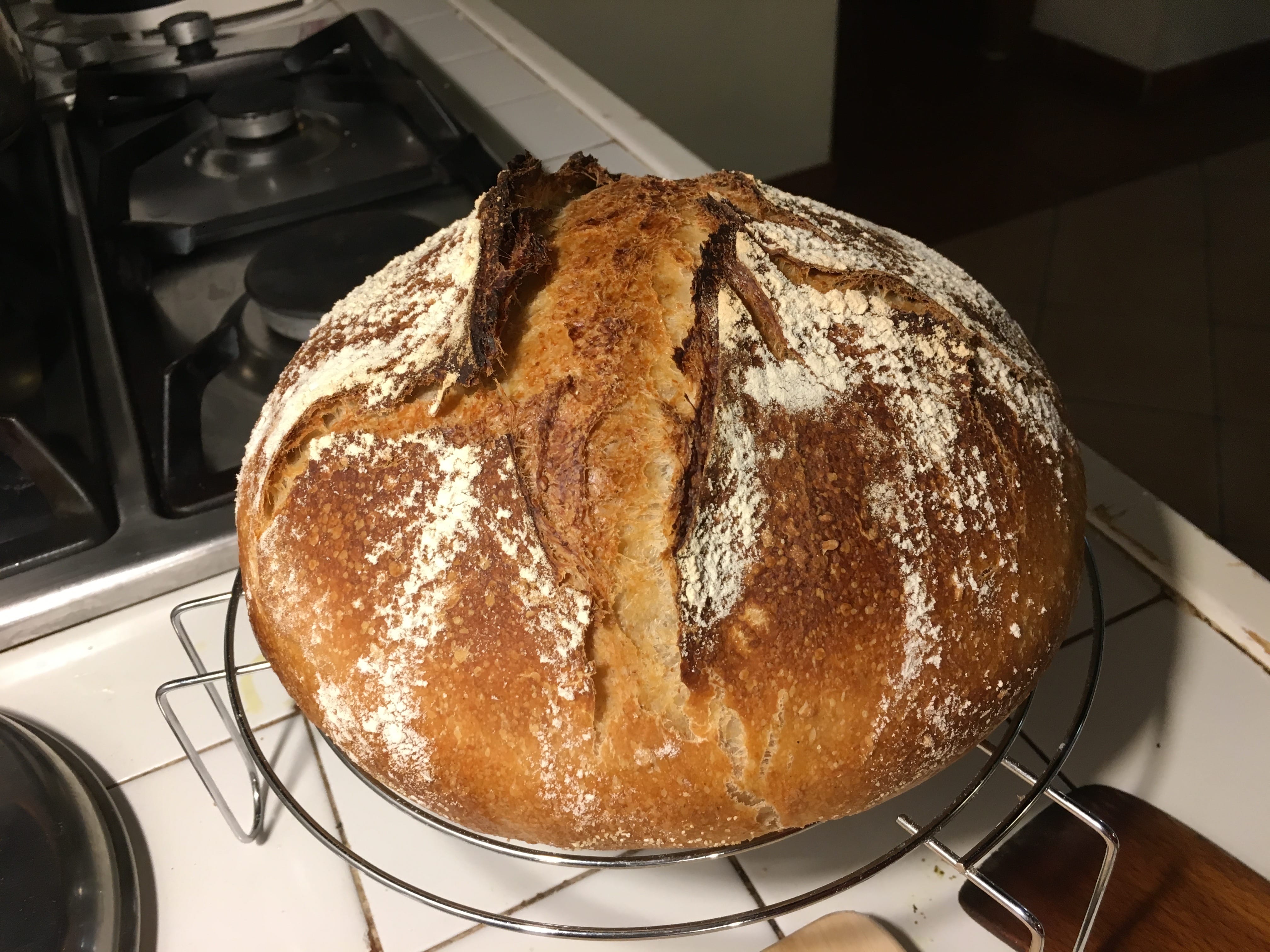 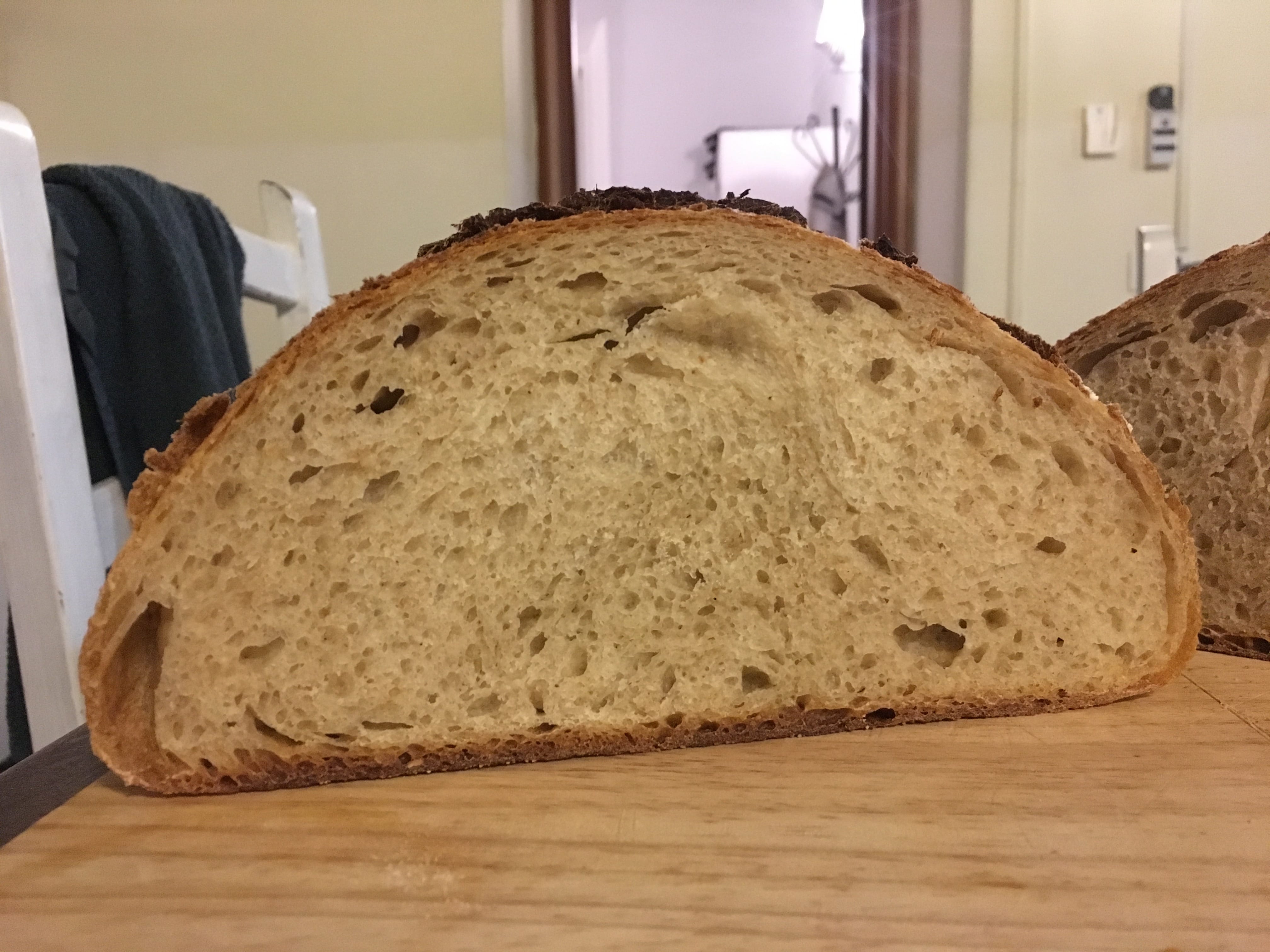 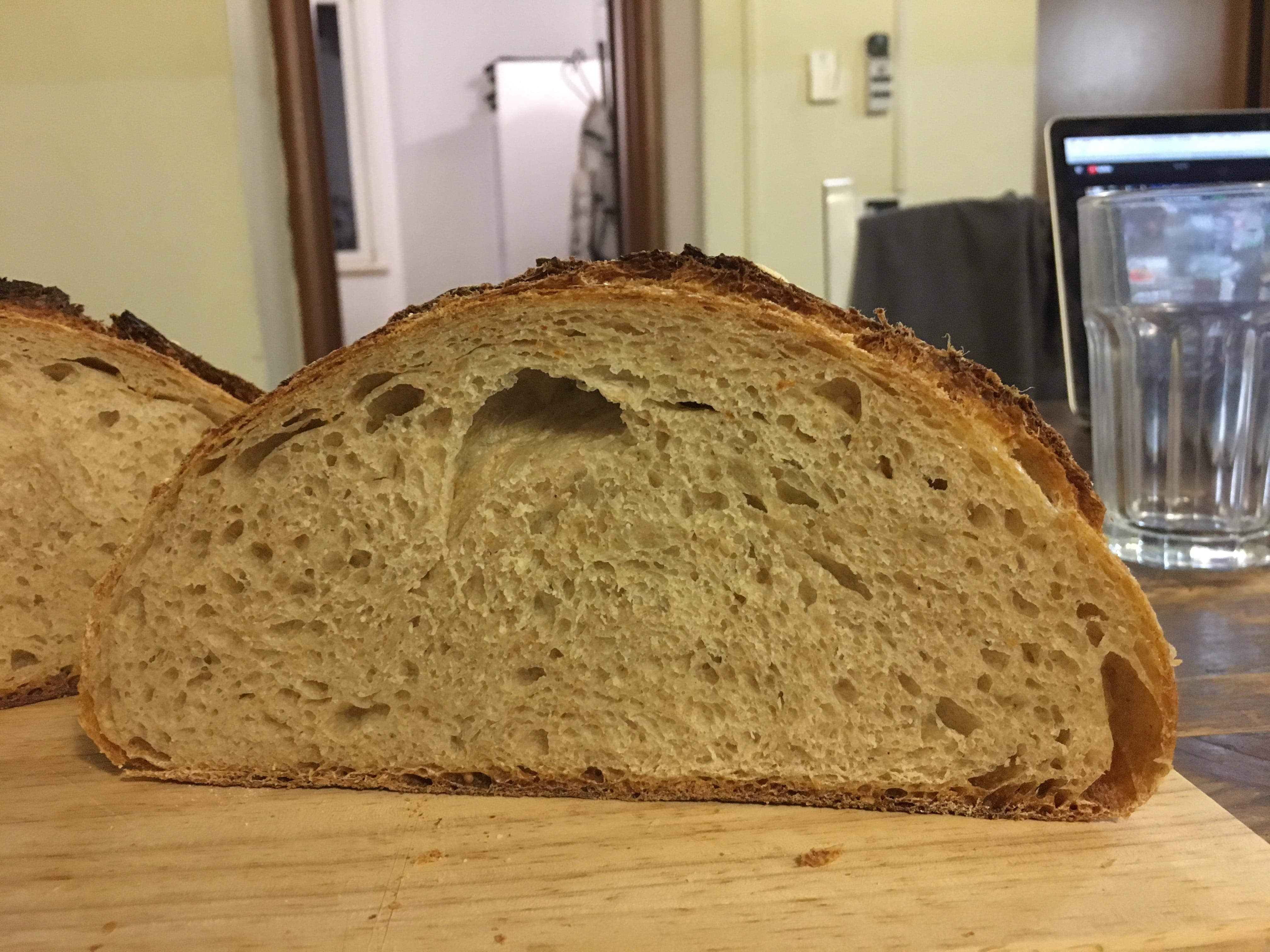