Today is my first attempt to make “lazy sourdough” bread, which is a recipe given to me by my professor on this trip. It involves no kneading, instead letting time do all of the work of leavening the bread. She adapted it from a New York Times post on how to make regular bread (i.e. using commercial yeast) using the same method.

My understanding of kneading, based on this article, is that it helps to line up the gluten proteins and strengthens the dough. However, the author also notes that extended periods of fermentation have a similar effect by breaking up proteins and causing the dough to rise. This recipe involves a 12 hour (!!) fermentation process.

The recipe requires 1 cup of sourdough starter, but I only had a few tablespoons of it, so I took it out last night, mixed it with about a half cup of flour and water to achieve a pancake-batter like consistency, and let it ferment overnight. Then, I fed it a few spoonfuls of flour and some water every few hours today until it was nice and bubbly. 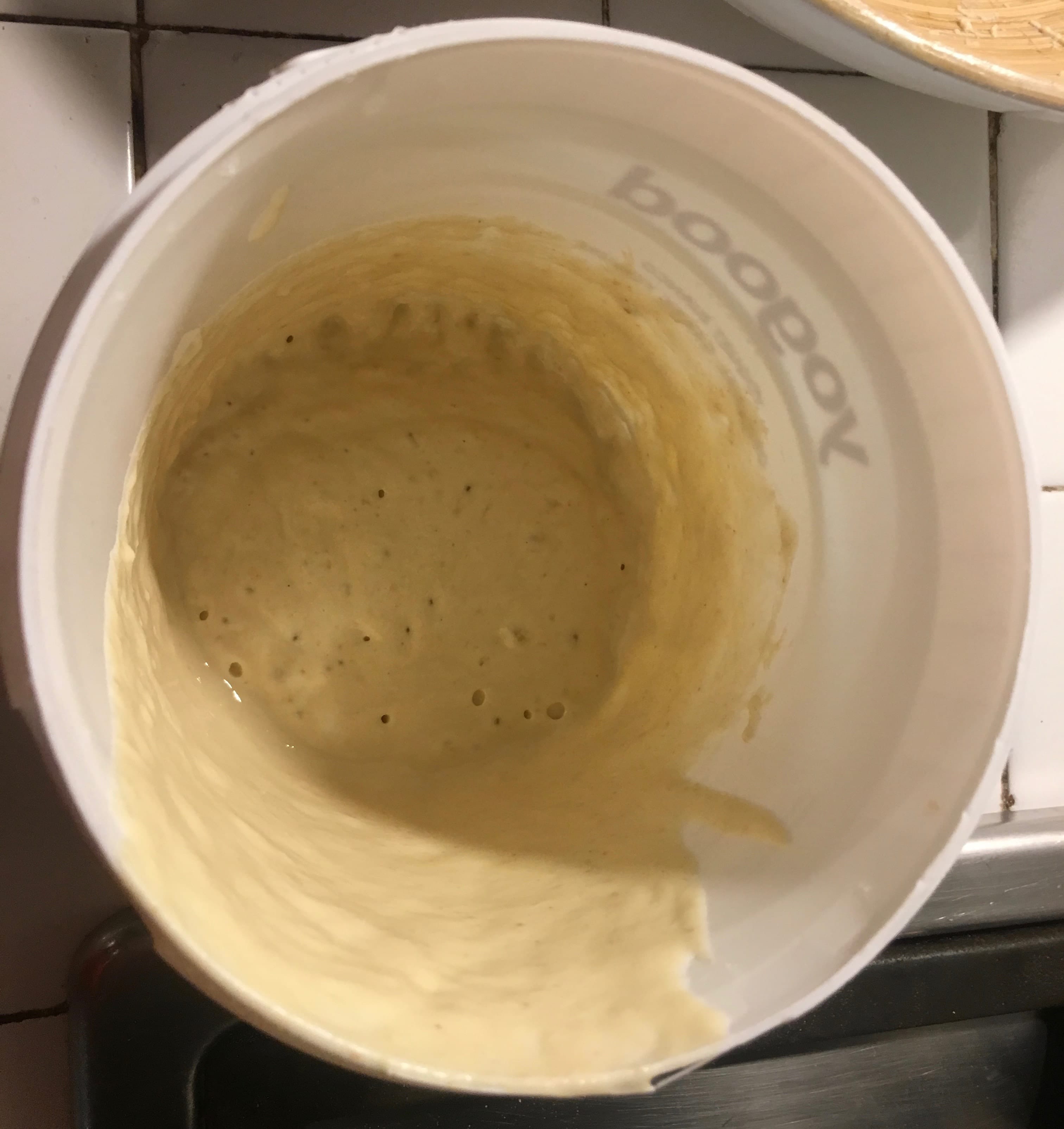 I didn’t take a picture of the starter before I added most of it to the dough, but you can see how bubbly the leftover is.

I noticed that the volume of the starter increased a lot then decreased again slightly before I used it to bake, so maybe I need to feed it a little less frequently. 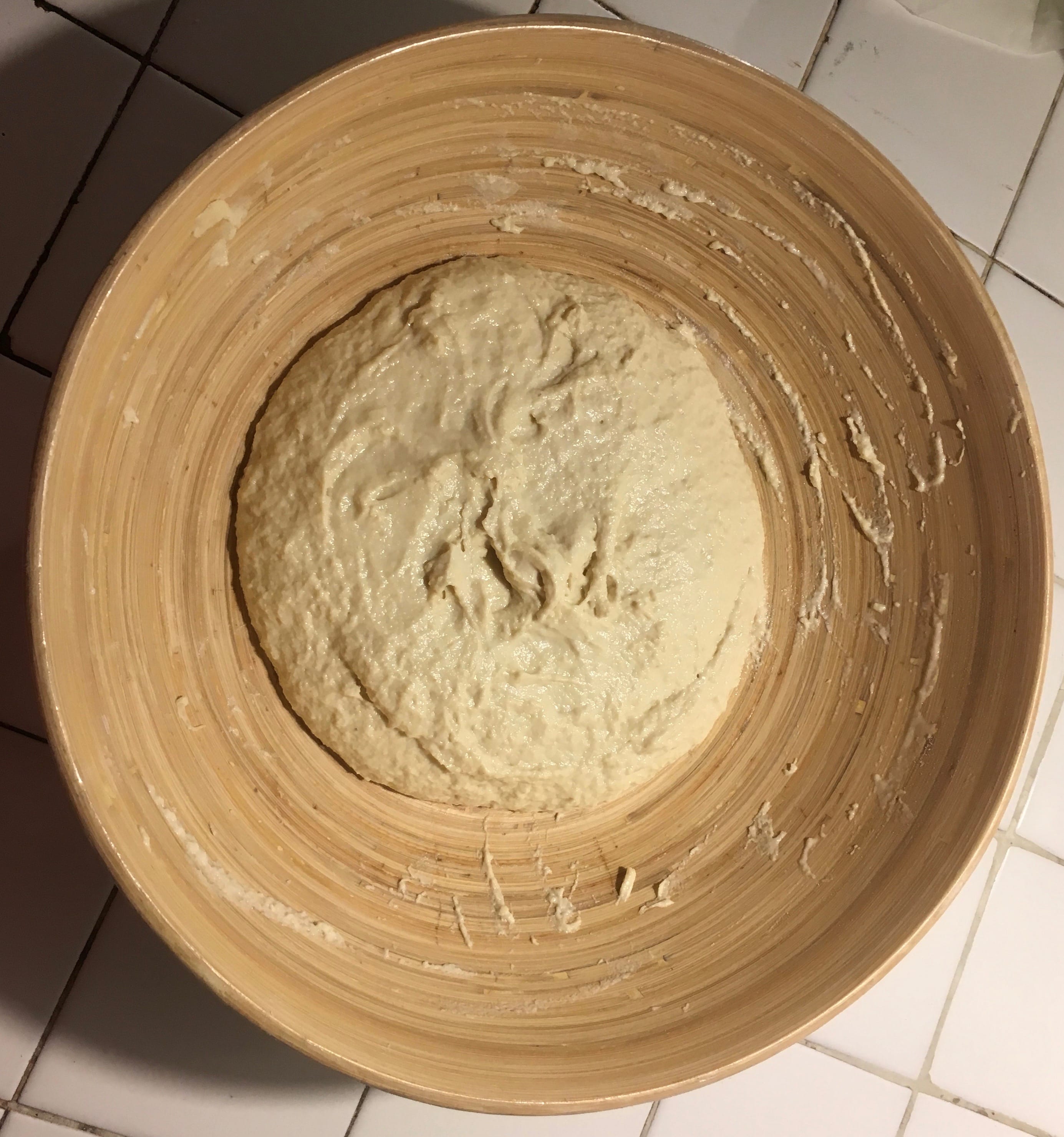 I mixed up the dough around 10pm tonight, and covered it in plastic wrap. I’ll let it rest overnight, around 12 hours, then bake it and see how it goes! 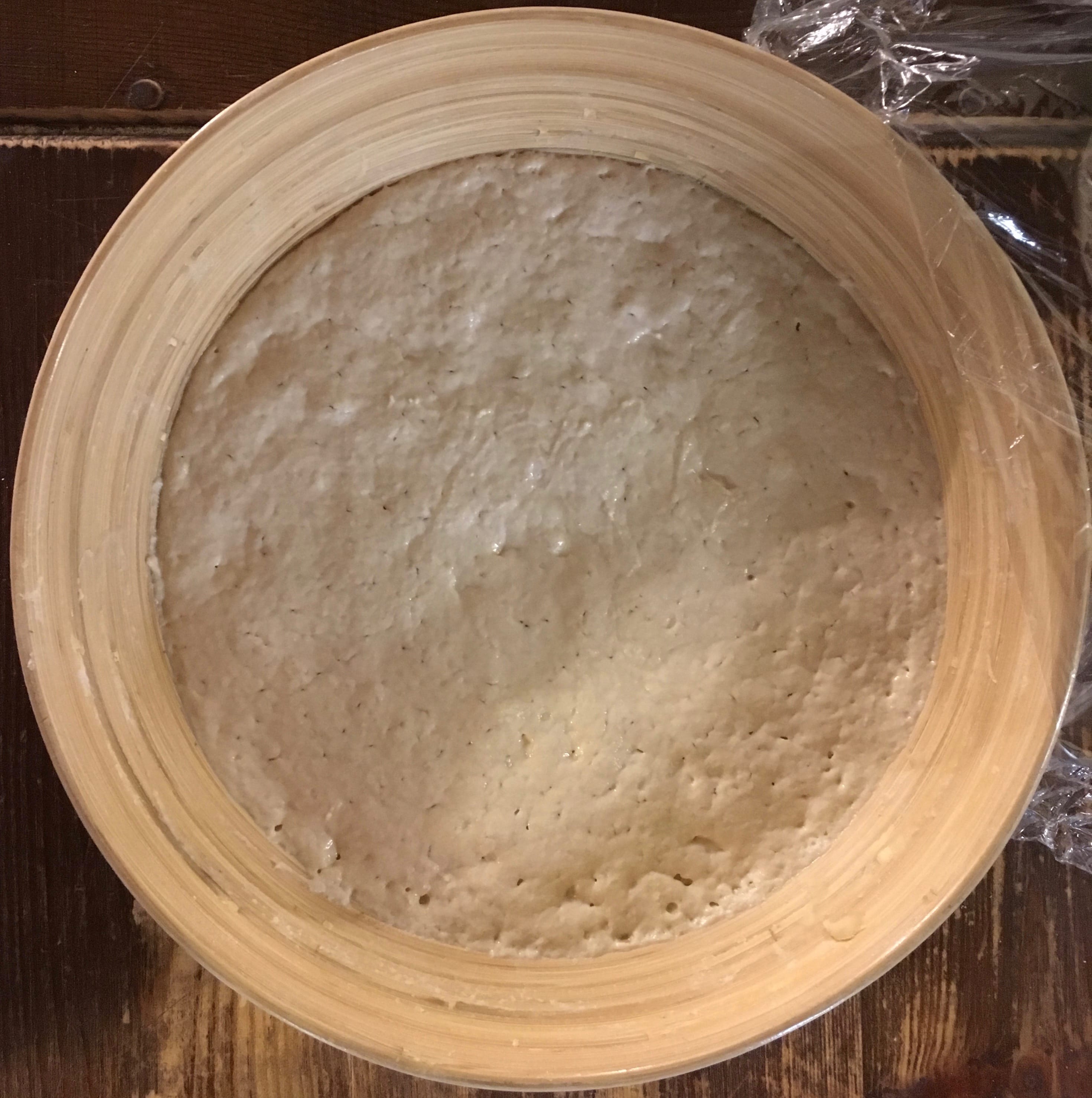 This photo is from 9am, about 11 hours later. The dough has increased in size dramatically but I also noticed a lot of small bubbles on the top, which makes me wonder whether I did something wrong. But the nice thing about bread is that it’s hard to mess it up to the point where it doesn’t still taste good, so I pressed onwards. I started pre-heating the oven and a covered metal pot to as hot as the oven would go (250º C ≈ 428º F).

I floured my table with what I thought was a lot of flour–but apparently was not enough, because the dough still stuck!–and dumped it out on the table.

In the future I will use even more flour to make sure that every part of the workspace is thoroughly covered. This dough is so wet that it seems to soak up flour like crazy!

I (somewhat sloppily) pulled the four corners of the dough over the center, then flipped it over and dumped it fold-side down on some plastic wrap.

I didn’t flour the plastic wrap beforehand, but I recommend doing so, otherwise your dough will stick like mine did!

Unfortunately I didn’t take any photos of the dough pre-baking, but you can imagine what a dough ball looks like. 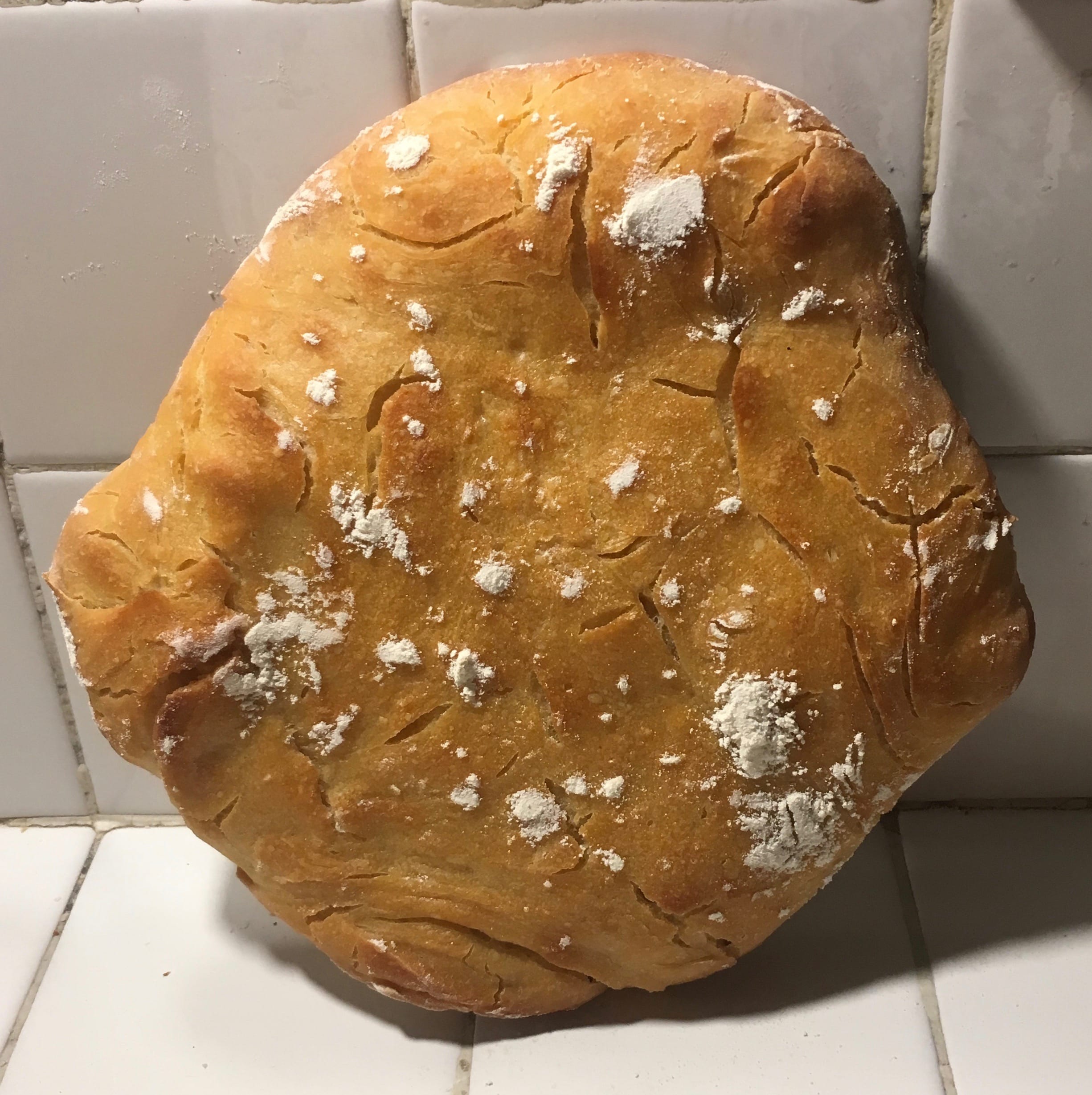 …aaand I accidentally made flatbread. (Yes, I know this isn’t how flatbread looks, just ignore my bad joke.) Maybe there was something wrong with all those bubbles in the dough. My professor suggested that I may have left the dough to rise too long, causing it to over-proof. I left it about 12 hours, but 10 might be better. I’ll start feeding my starter again, and try again tonight!

I’m curious about why over-proofing causes the bread to collapse. I’ll have to do some research.