From this point onwards, I won’t be as detailed about my process; I’ll post some photos and give just the necessary background information about each recipe and whatever I tried that was different. The process is so individual that I don’t think it’s very useful for me to try and be prescriptivist about each tiny step. I will continue to include the details that I feel are necessary to differentiate the recipe from others that I have made.

I started by combining the dry ingredients: 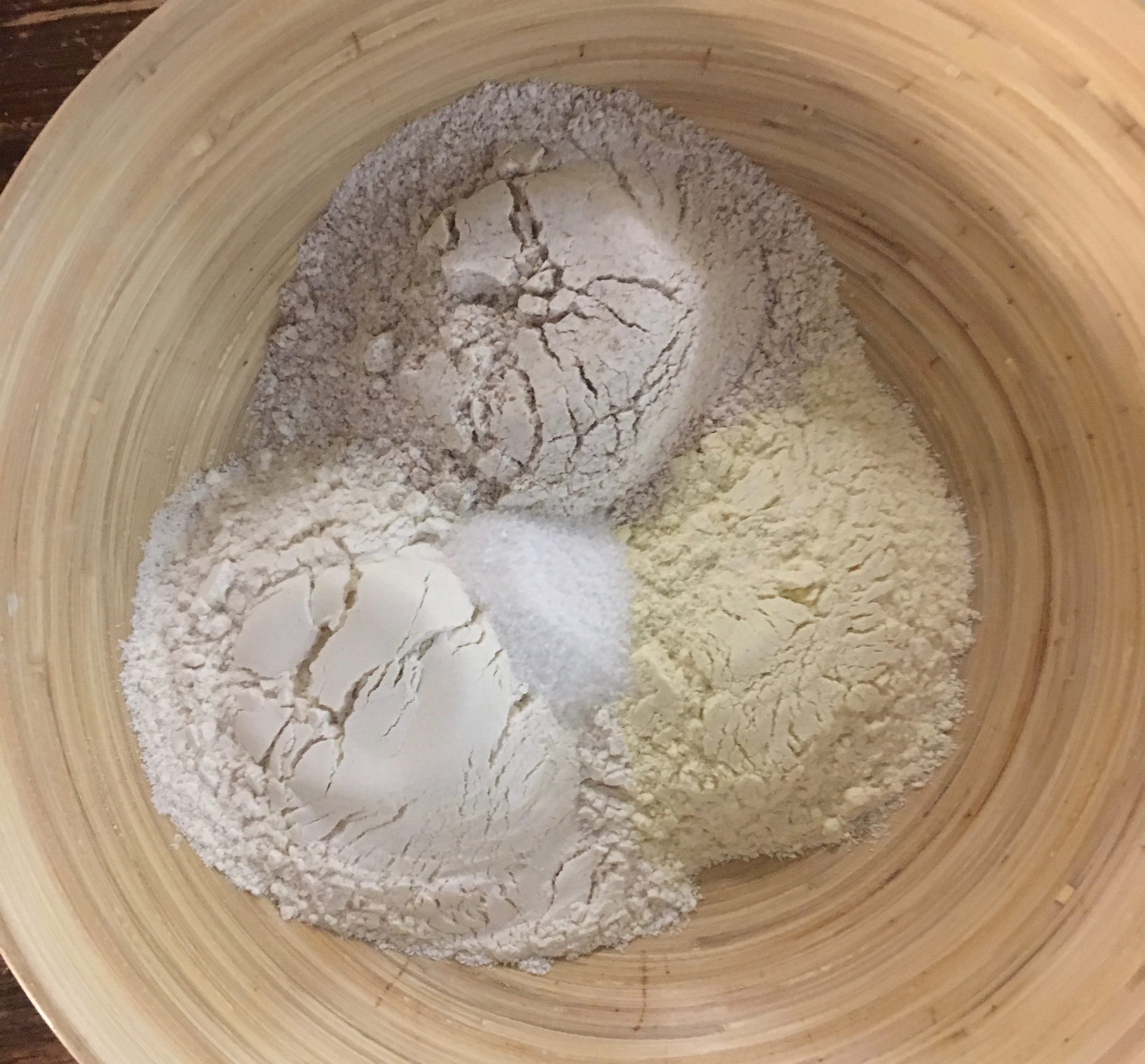 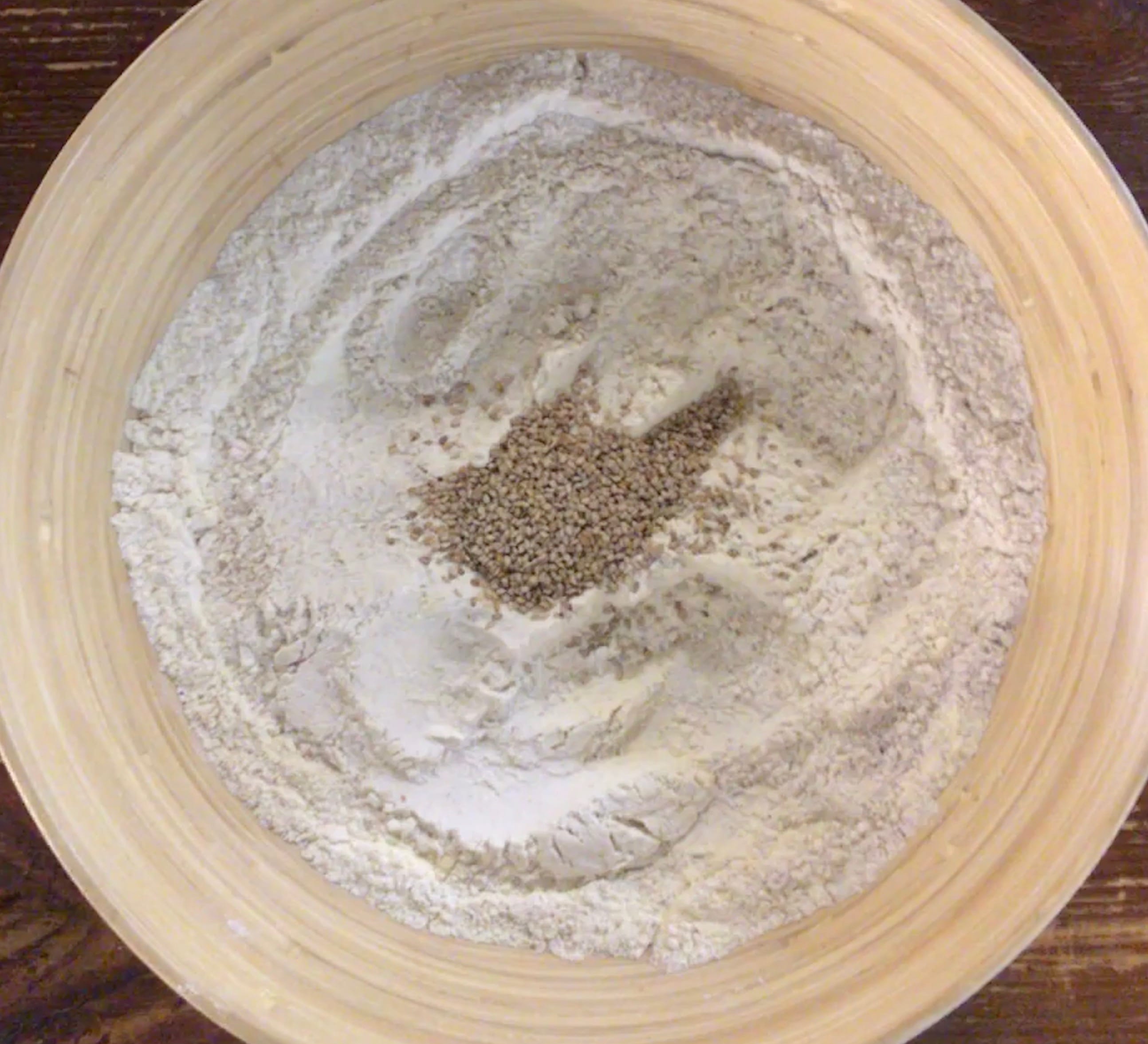 I added the starter, then gradually added water until I formed a wet, sticky dough that could still somewhat hold its shape: 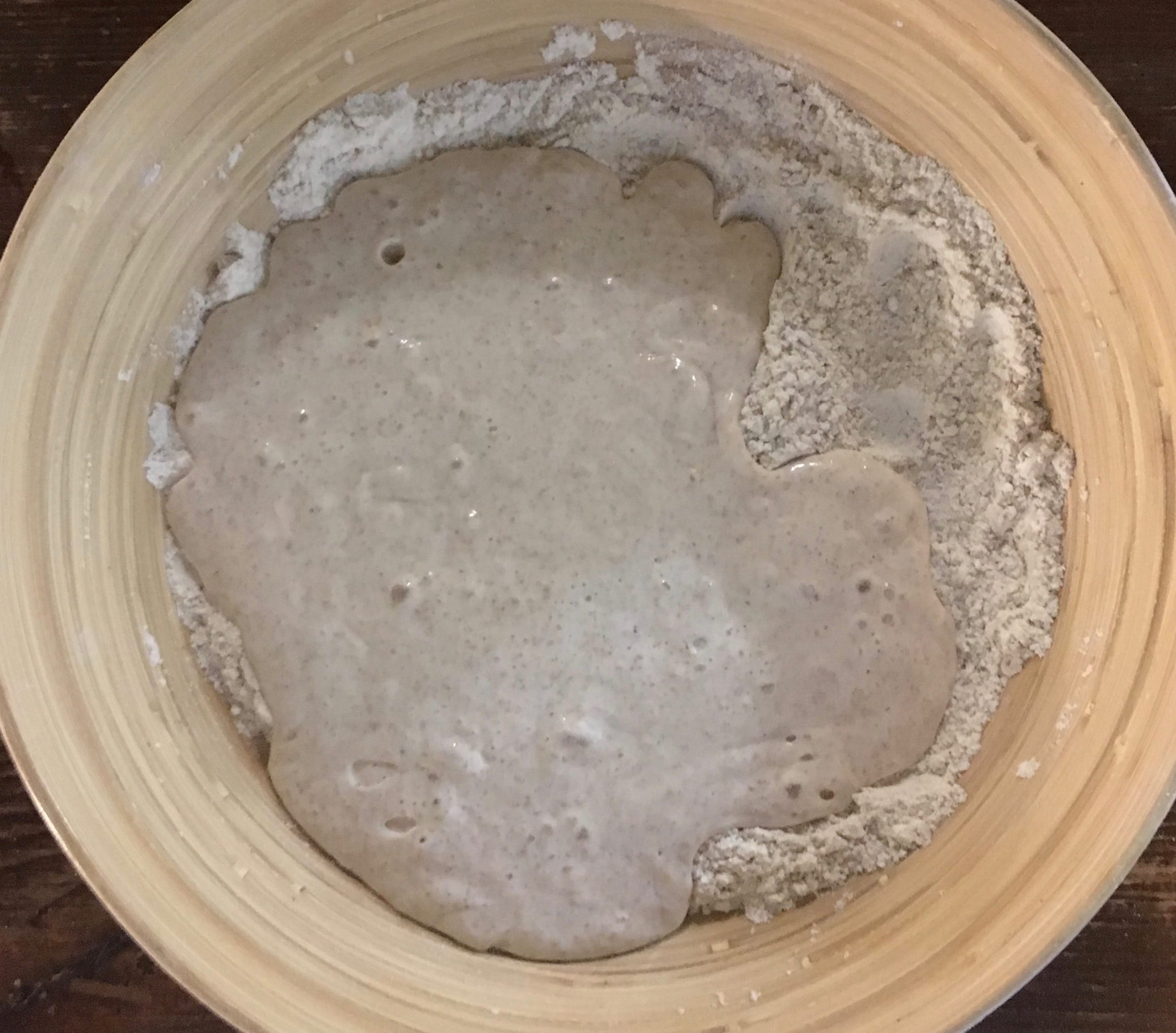 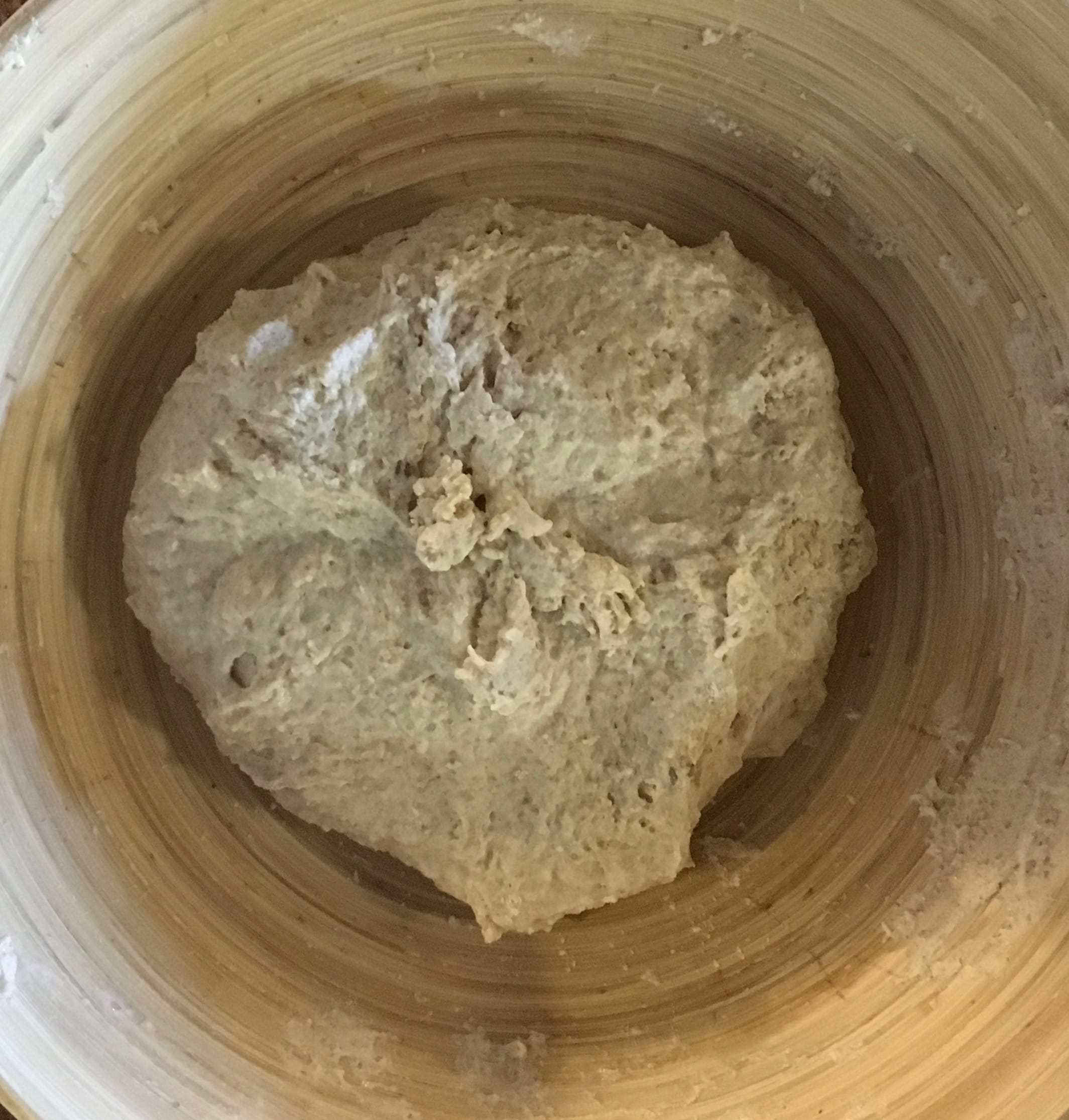 I kneaded the dough for ~10 min, then remembered the olive oil, and attempted to mix that in: 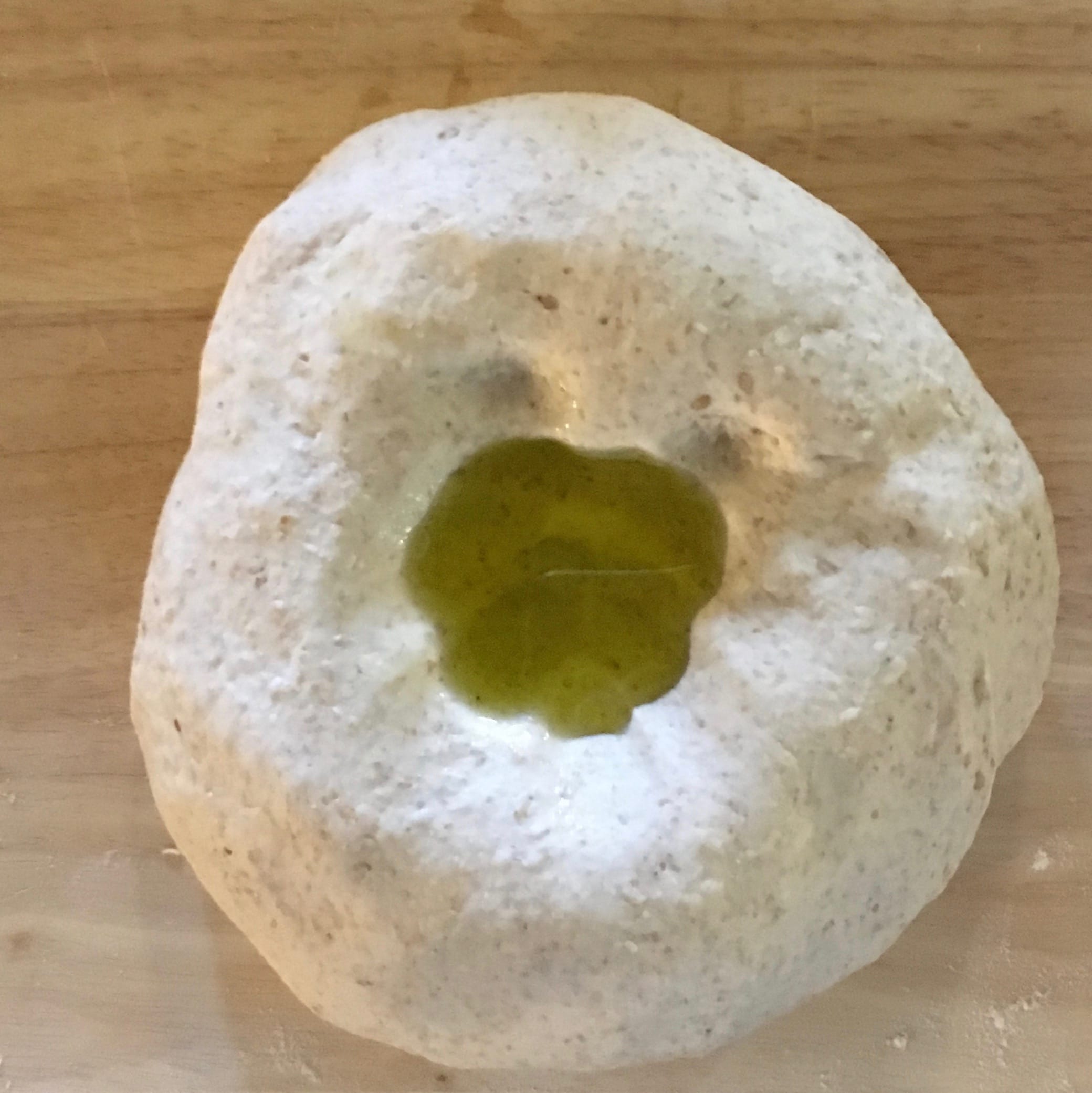 I let the dough ferment for 9(!) hours (according to the timestamp on my photos – I don’t remember exactly) in a covered pot lightly brushed with olive oil to prevent sticking: 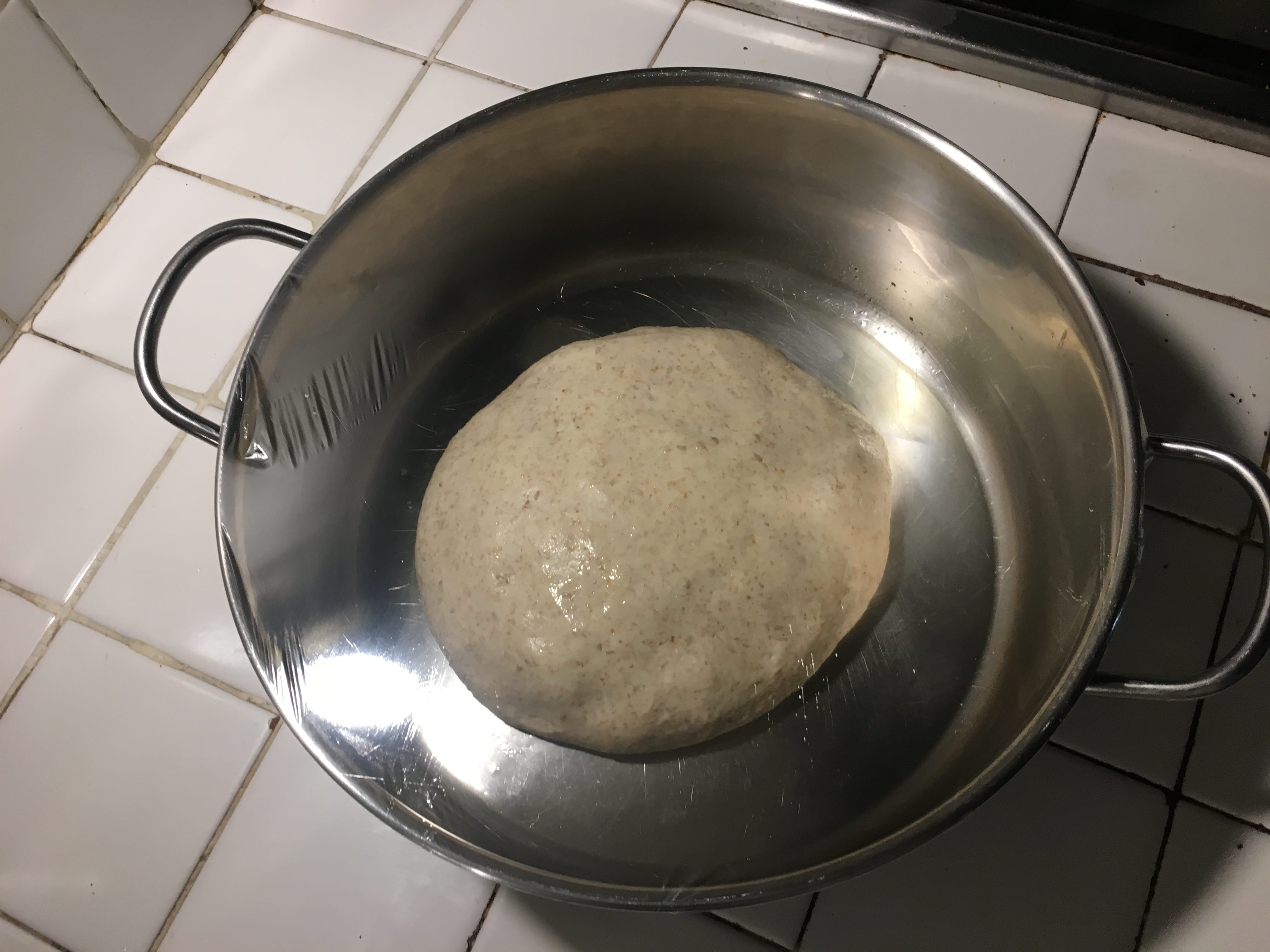 Then proofed it for about an hour: 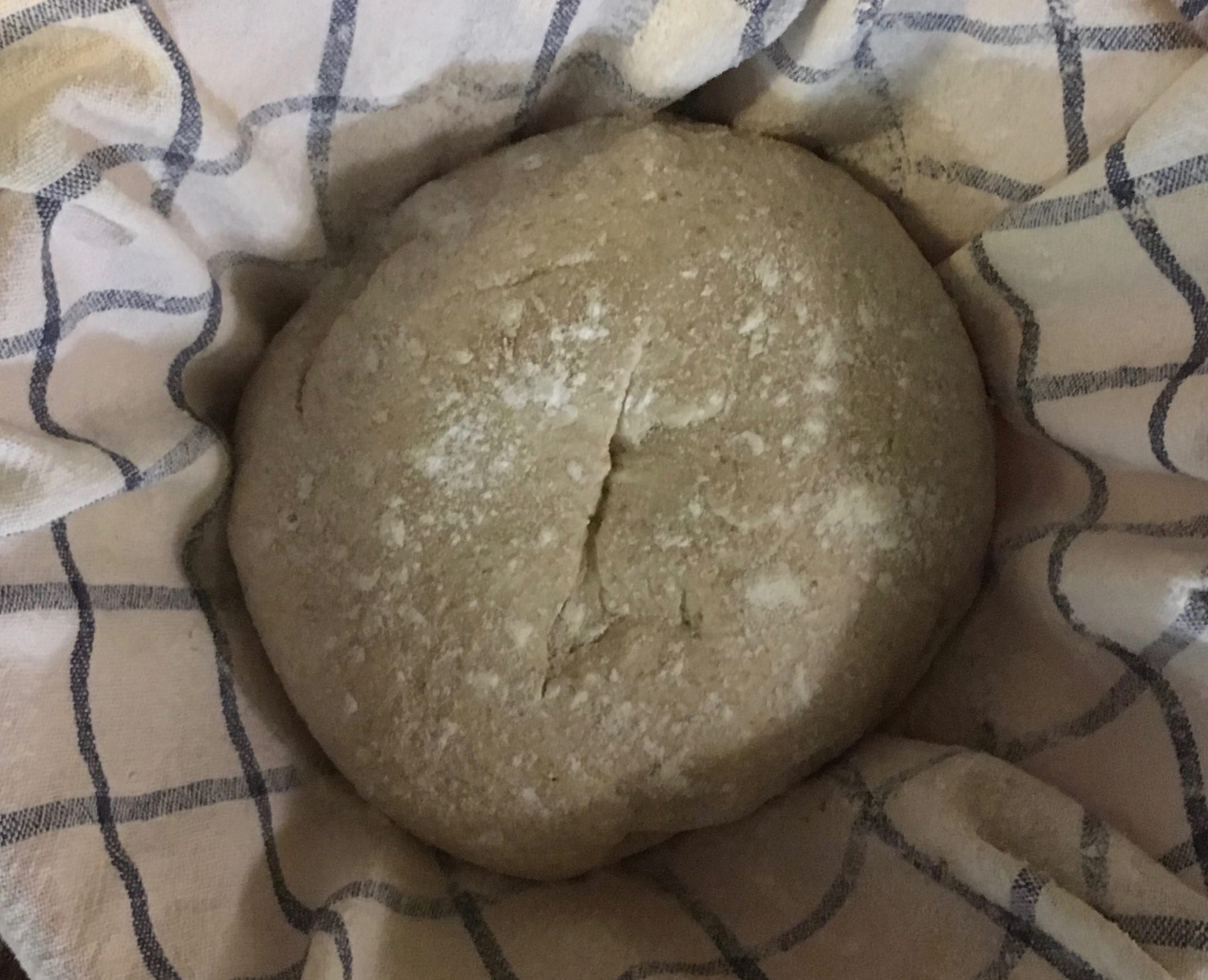 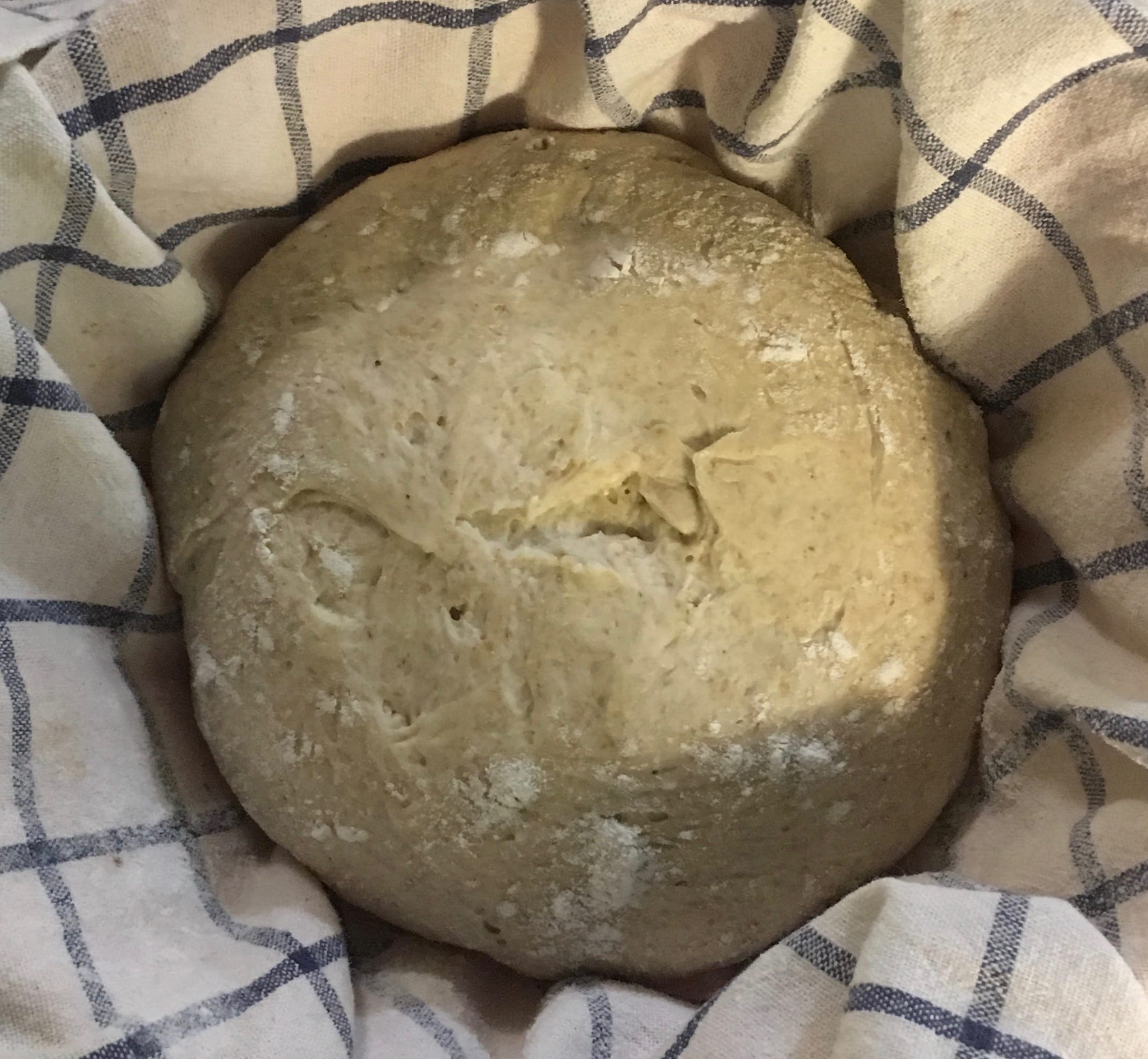 Scored the loaf, popped it into a preheated pot and a ~500F oven for 30 min covered, then reduced to 450F uncovered for ~15 min or until browned: 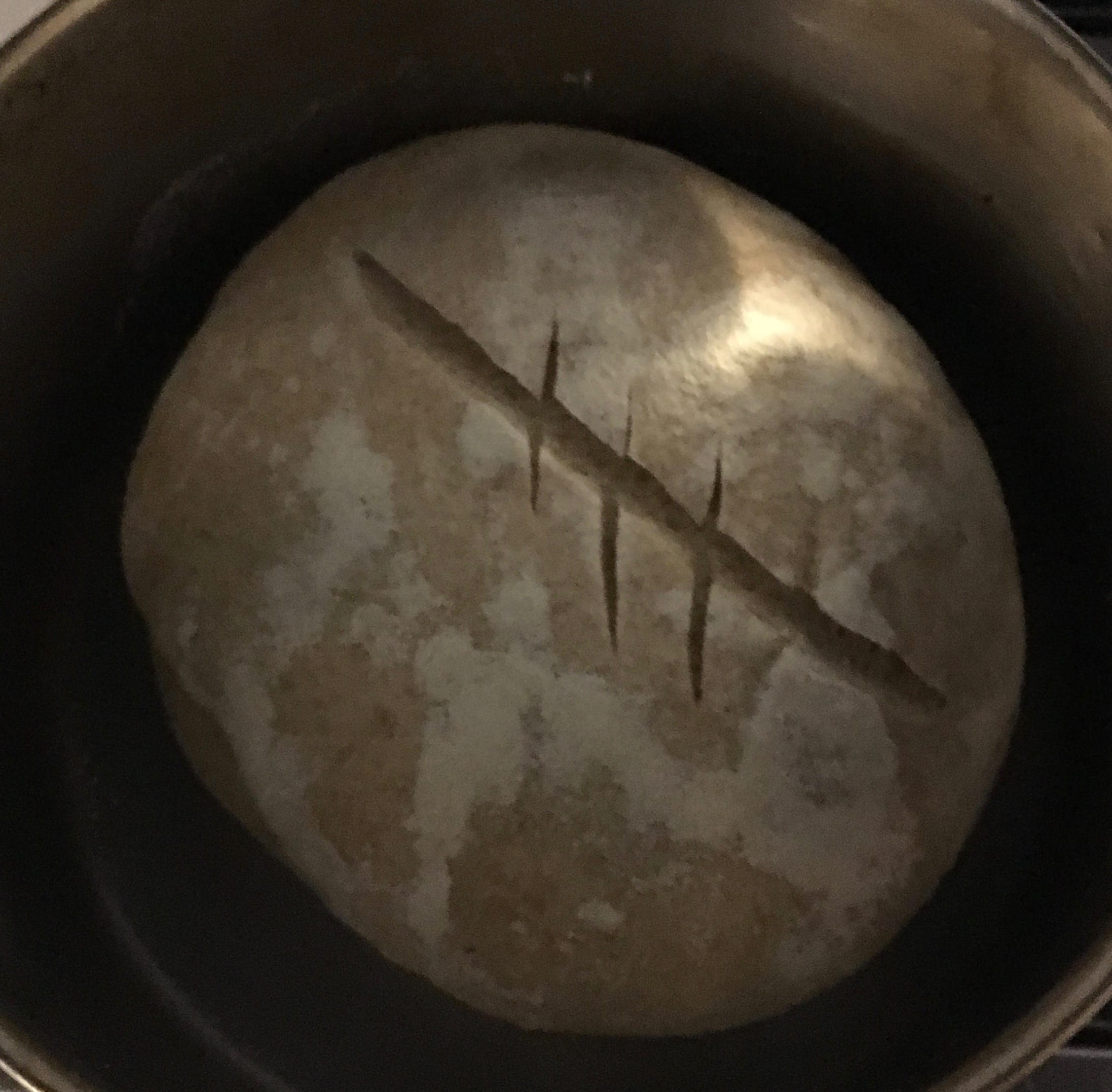 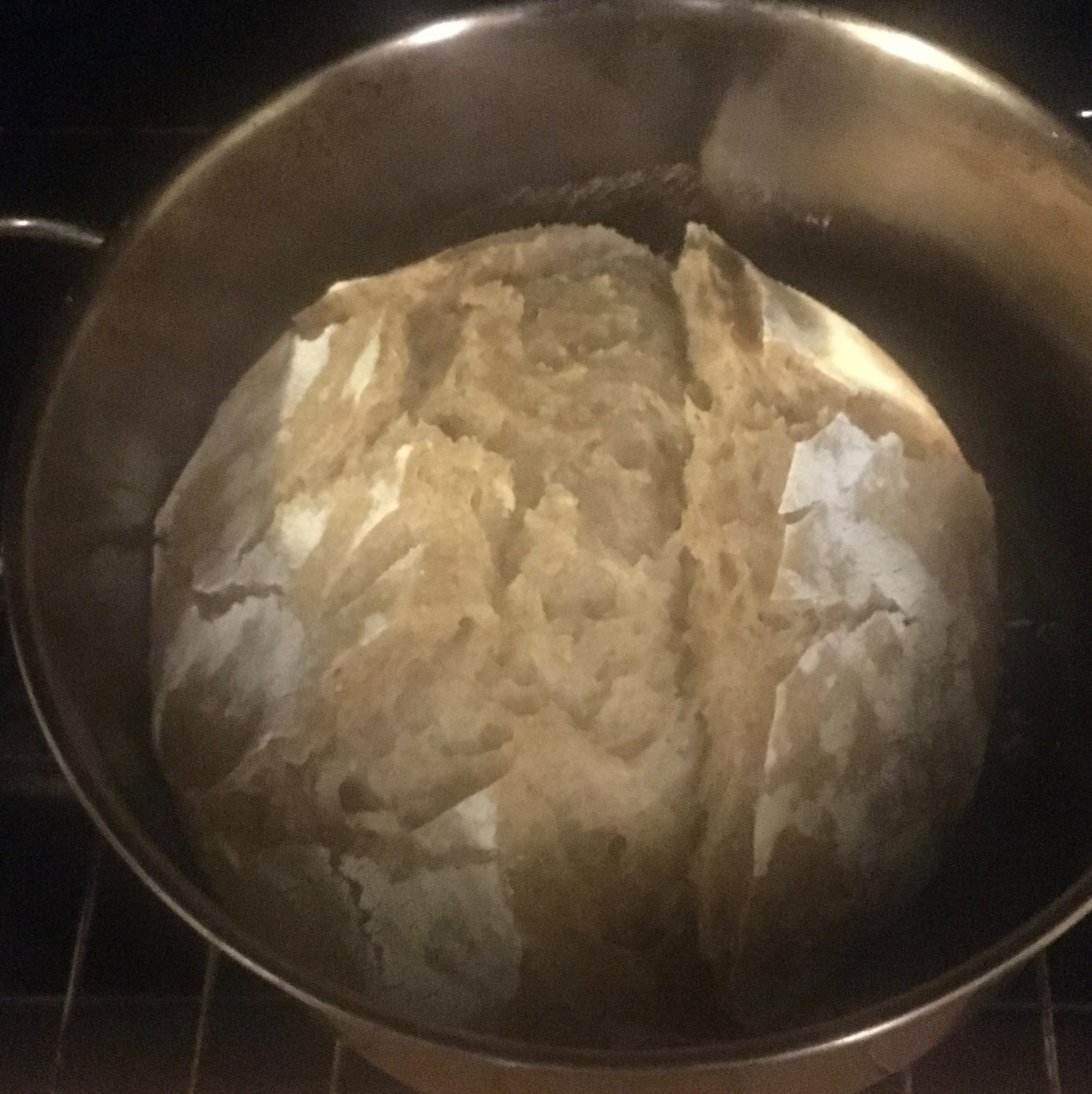 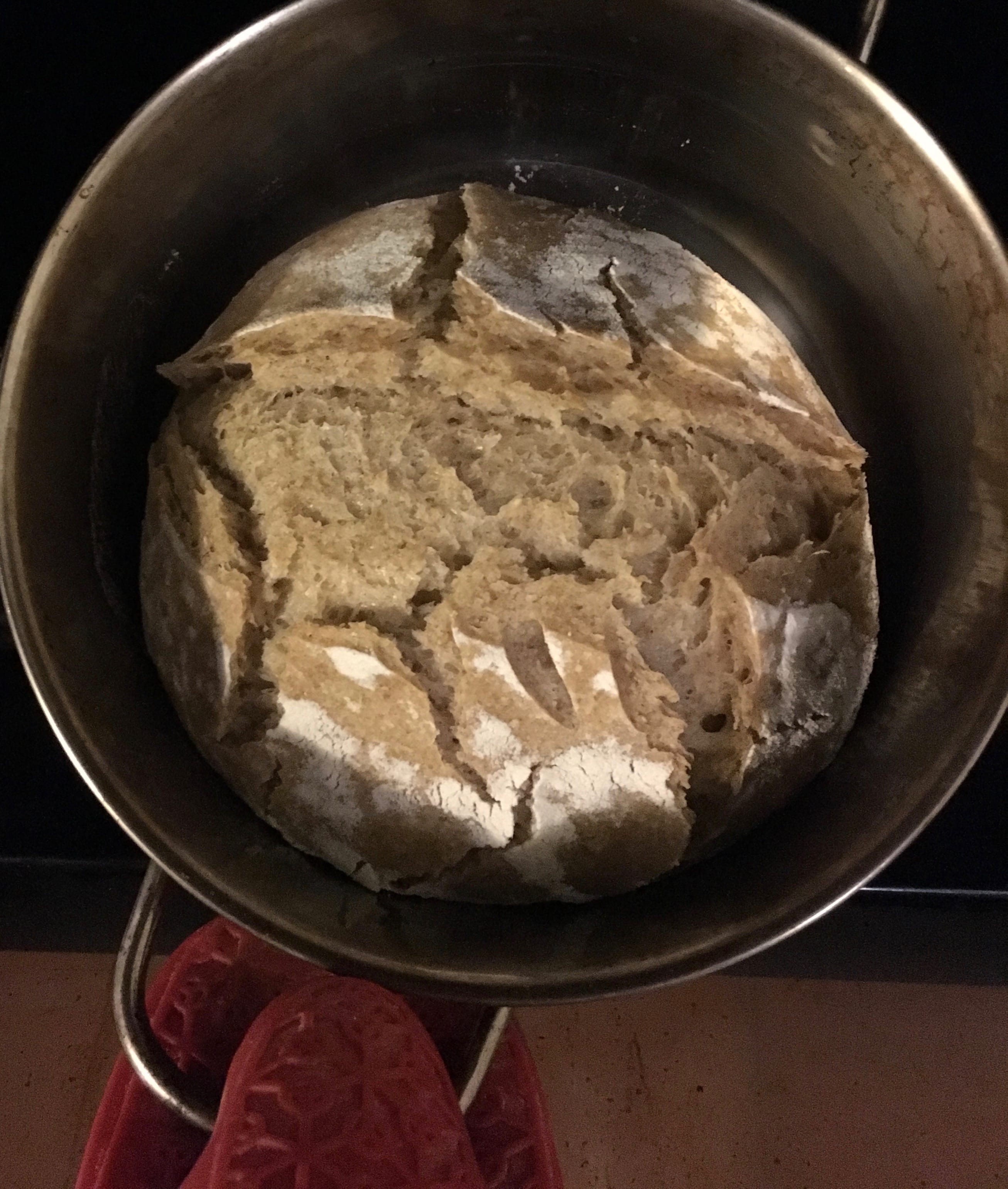 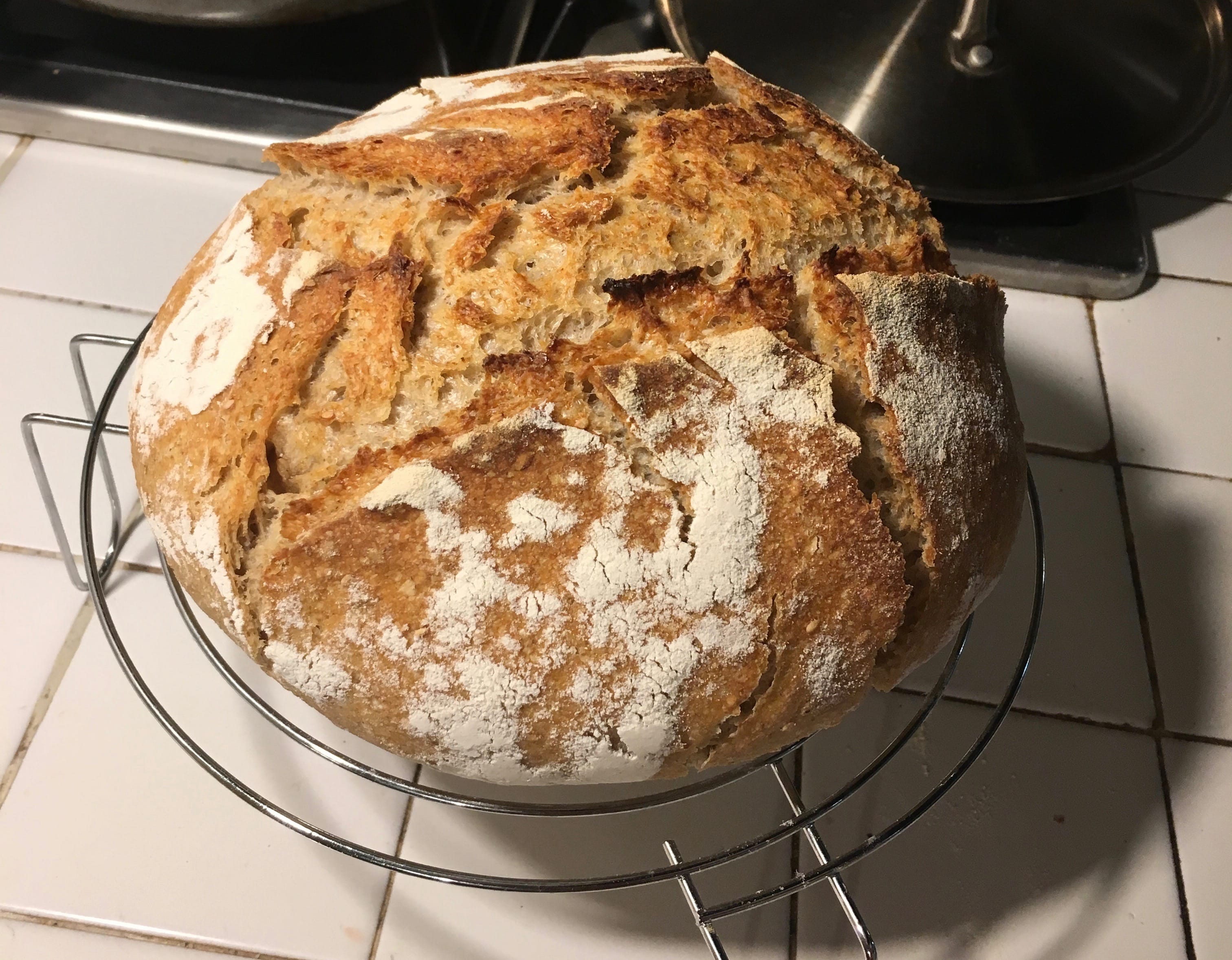 Sorry, forgot to get a crumb shot of this one :(. It looks pretty similar to past attempts, though.

Turned out pretty well! Good sour taste. Not as much rise as I’ve had in the past, though. I need to work on forming a tighter crust when I shape the dough, and get a better sense for when the dough is done rising and ready to go in the oven.

I suspect the tritordeum flour might also have hindered the dough’s rise, since it contains less gluten and is heavier. In the future I will try replacing the whole-wheat flour with it, instead of using them both.