Today we’re going to take a break from conventional bread and make pizza instead.

For this recipe, I used approximately:

I mixed the flour and salt, then added some of the water around the outside and olive oil in the middle of the flour. I mixed it up then kneaded the mixture for maybe 8 minutes until smooth & elastic.

I divided the dough in half (I ended up with 2 pizzas about the size of a cookie sheet), lightly covered each dough ball in olive oil, and left it in the fridge for about 18 hours (I prepared the dough the night before we wanted to make pizza). 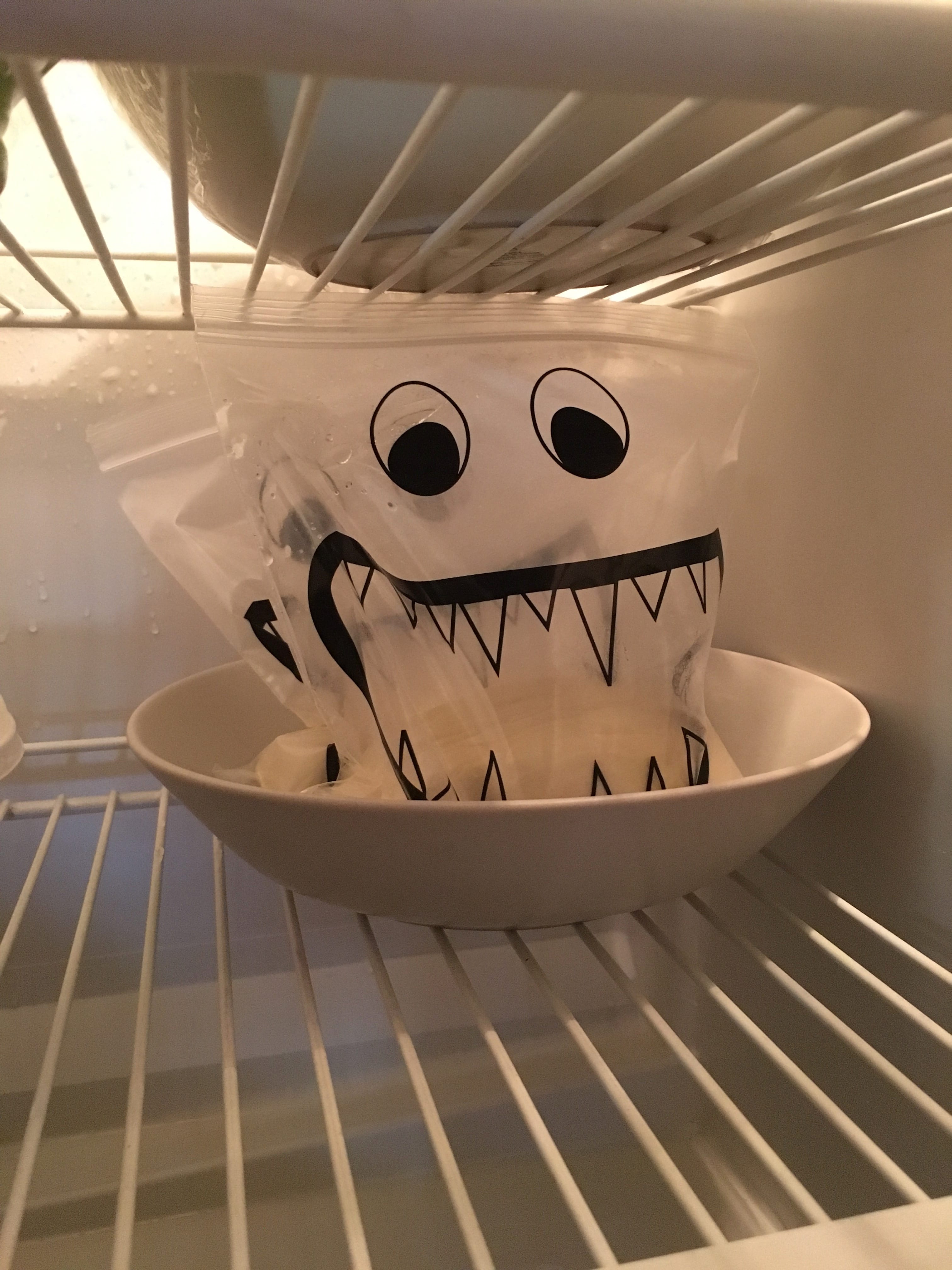 Resting overnight in the fridge.

I pulled the dough out around 4pm, let it sit for a while, and then gradually, with more olive oil as needed, started flattening it out, trying to pull from the center to keep the thickness as even as possible. I was able to get it pretty thin. I would recommend stretching the dough on the surface where you intend to bake it, otherwise you’ll have to transfer it like I did (which was not fun).

It’s tempting to use a rolling pin here, but you’ll have better results doing it by hand. 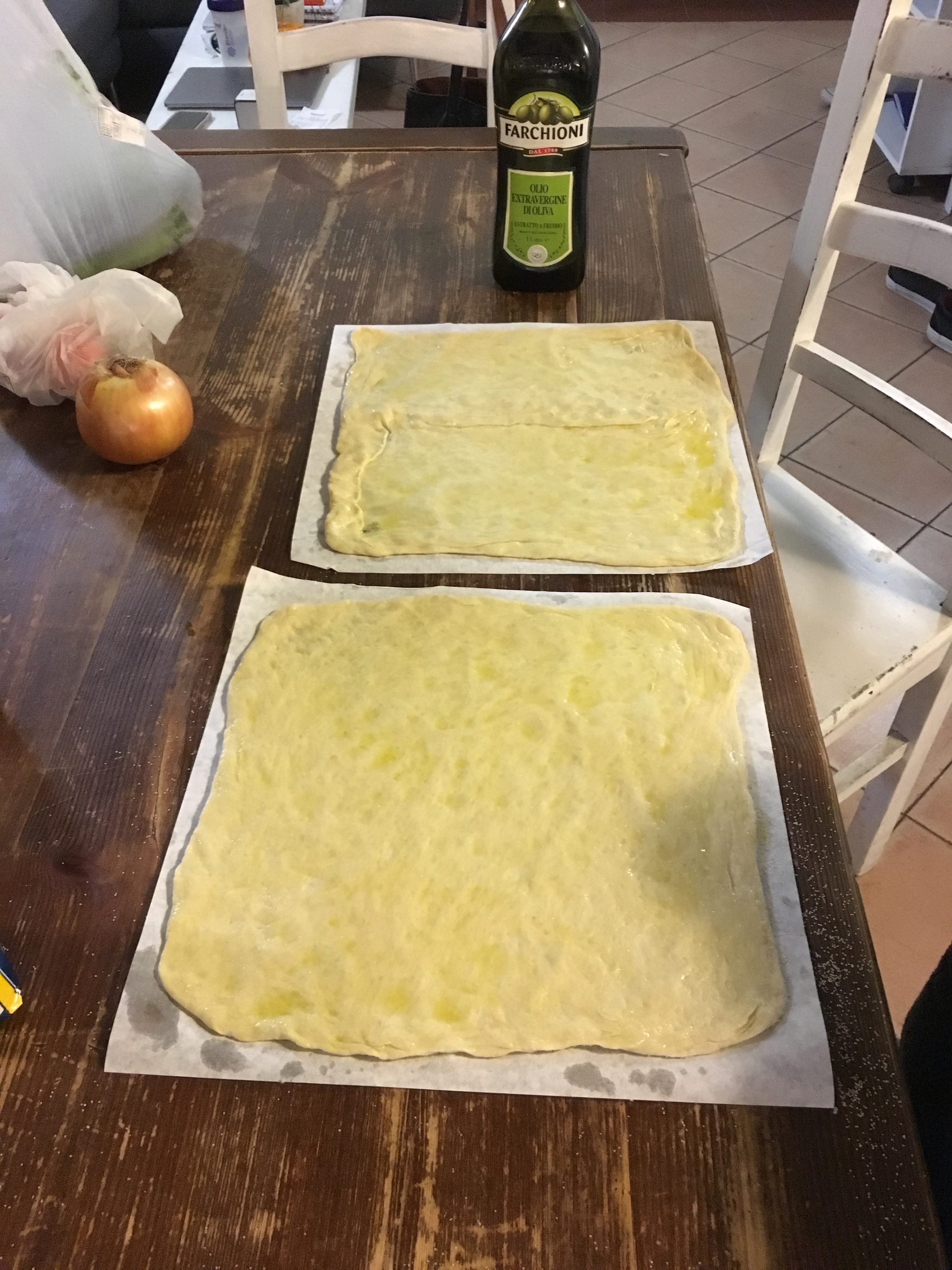 Guess which one had to be transferred?

We made some caramelized onions as a topping for this pizza, by slowly sauteeing thinly-sliced pieces in olive oil until translucent and adding a bit of balsamic vinegar and sugar near the end.

Sprinkle the onions on the pizza, bake until it’s about halfway done, then add the cheese. We used mozzarella and ricotta. Continue baking until the cheese is melted and the crust in golden. We added the cheeses a bit too late, so some of the mozzarella didn’t completely melt. 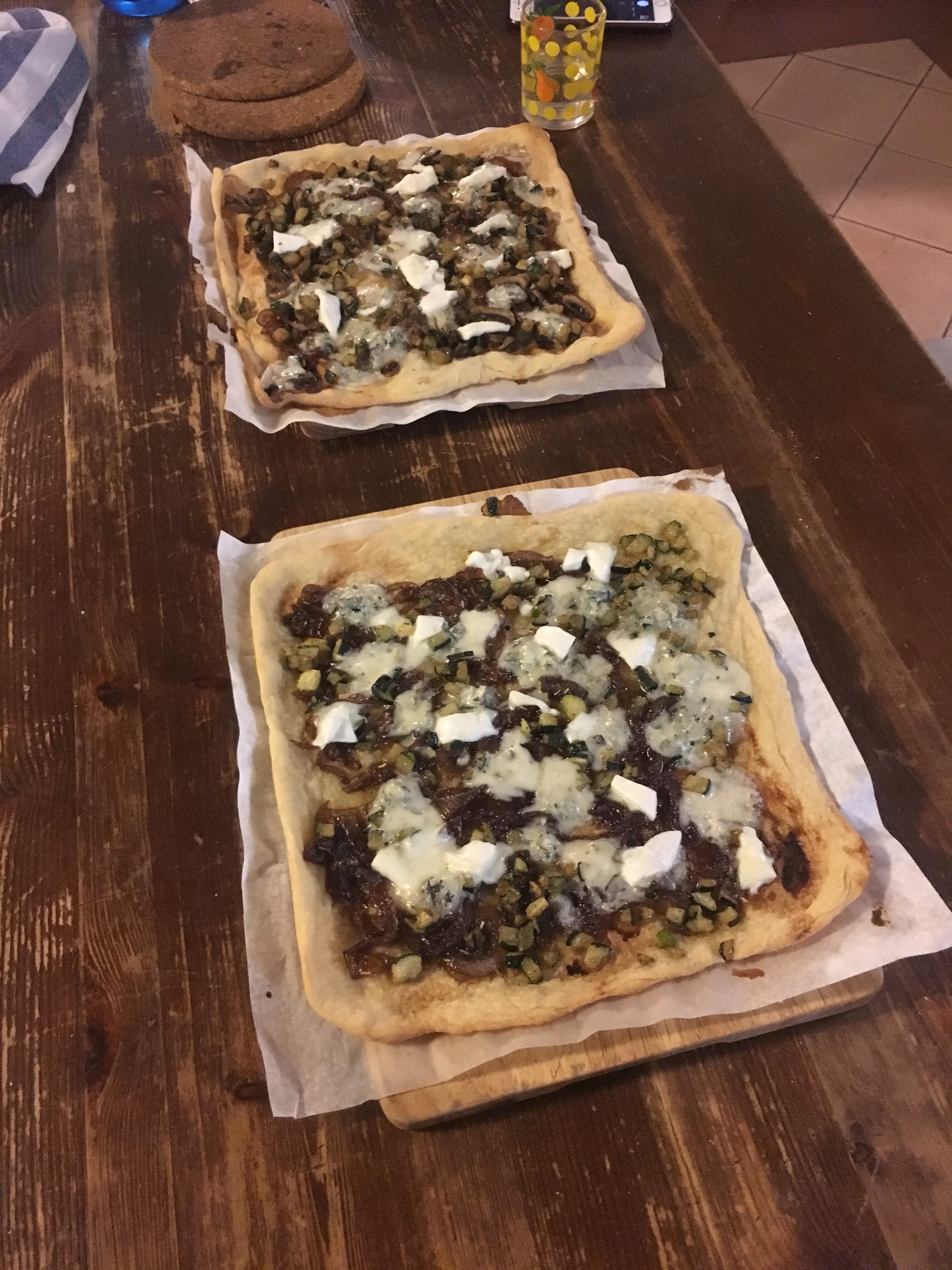